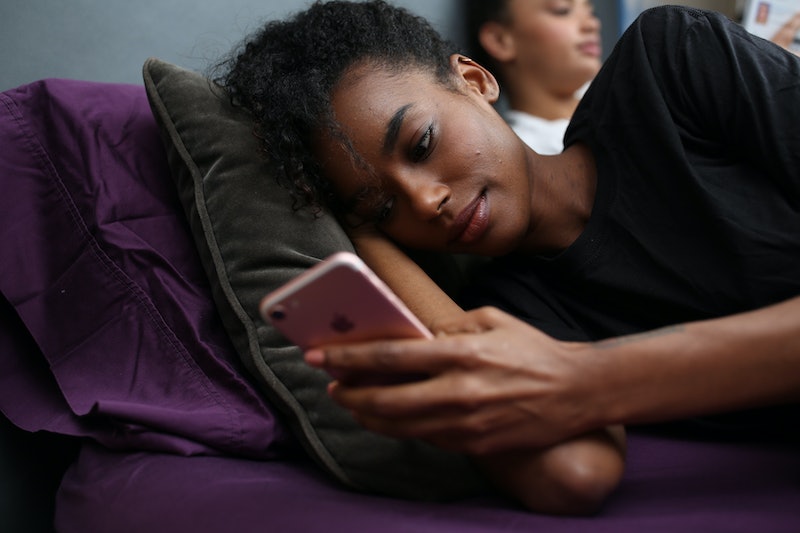 Women's reproductive rights are a divisive topic in American politics every year, but given Donald Trump and Mike Pence's restrictive views on the subject, it was put under an even more intense spotlight in 2016. As the election waged on and the country waited to see what directions our future leaders were likely to take us, Republican lawmakers passed various anti-abortion bills and laws, prompting pro-choice organizations to fight back. And it was a busy year for them.

Don't believe me? According to a statement from the Guttmacher Institute:

The pro-choice movement did see some big victories in 2016. The Supreme Court decision to strike down restrictive parts of a Texas law was one of the biggest, the most monumental reproductive rights triumph of the generation. Still, it's important to remember all the challenges continuing to threaten women's right to choose. Here are seven instances from 2016.

In May, Gov. Robert Bentley of Alabama signed into law Senate Bill 205, requiring abortion clinics to be situated at least 2,000 feet from schools for children of elementary and middle school ages.

2. The House Launched An Investigation Of Fetal Tissue Researchers

After a controversial video of a Planned Parenthood doctor purporting to confirm the organization's sale of fetal tissue to researchers, a special committee at the House of Representatives began investigating scientists who conduct fetal tissue research. They sought 17 subpoenas for laboratories and medical supply companies demanding the names fetal tissue researchers. Considering the shooting at a Planned Parenthood clinic in 2015 and the huge increase of threats against abortion providers following the release of the aforementioned video, demanding the names of these researchers was nothing short of dangerous.

3. A "Personhood" Measure Advanced In Missouri

This measure sought to add "unborn human children at every stage of biological development" to the state's constitutional provision that vows to protect people's "right to life." It was passed by the House in May, but after it was rejected by the Senate, Rep. Mike Moon once again promised to revive it in 2017.

Ohio currently bans abortions after 20 weeks unless medical tests prove the fetus to be nonviable or that the mother's life is in danger. Senate Bill 127, which would eliminate viability tests, was passed by the House on Dec. 8. It's up to the pro-life John Kasich to now make the final decision.

The "Heartbeat Bill" was passed by Ohio legislators on Dec. 6. It proposes that abortions be outlawed as soon as the heartbeat of a fetus is detectable — meaning basically all abortions.

This law, which was passed in late 2015, took effect in January. It required doctors who performed abortions after 16 weeks to send photos of women's ultrasounds to legislators. Supposedly, the measure was to ensure that no abortions were being illegally performed after 20 weeks. While the Supreme Court later ruled the law to be unconstitutional, Republican lawmakers are sure to introduce more measures under the new presidential administration.

Of course, the biggest step backward for reproductive rights was the election of a "pro-life" president, and a vice president with even more extreme views. Donald Trump has threatened to defund Planned Parenthood, suggested that women who get abortions (later changed to doctors who perform abortions) deserve to be punished, and promised to appoint Supreme Court justices to overturn Roe v. Wade. His second-in-command, Mike Pence, has a history of introducing some of the strictest anti-abortion legislation in the country. Like the time he proposed a law that would force women to pay for the funerals of their aborted fetuses. With Trump already introducing anti-choice Tom Price to his cabinet, the battle for women's reproductive rights will only get tougher.

Basically, the next four years will be hard work for pro-choice women.