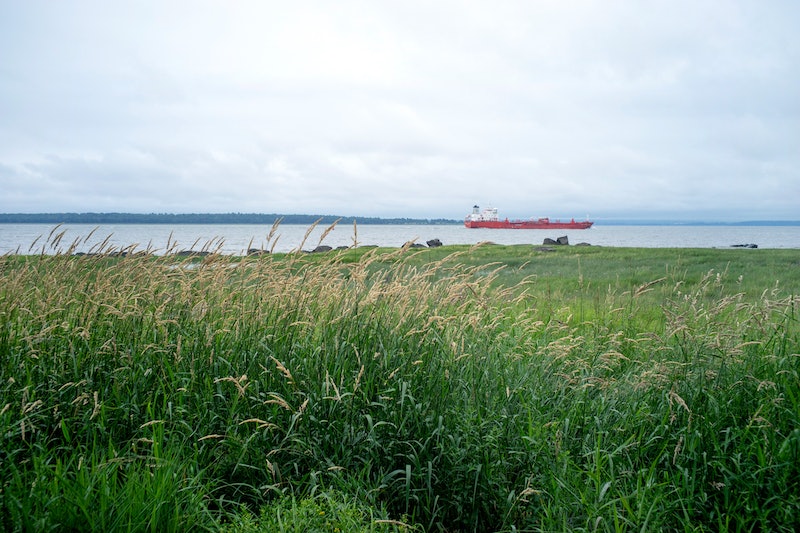 The St. Regis Mohawk Tribe scored a major victory this autumn in having the Hogansburg Dam decommissioned and removed in Hogansburg, New York. Built in 1929, the dam was never a huge power producer, and according to local paper Press Republican, only once it began to be a financial drain on the company that owned it did a real removal opportunity appear. But thanks to the vigilance and continued work of advocates from the Mohawk Tribe, the St. Lawrence river is finally free from the dam which stifled it for 87 years.

This news gives us a lot to celebrate. Not only is this a landmark victory for the tribe, who will now regain the land on which the dam sat, but it is another step in the right direction for national movements to remove harmful dams and restore environmental justice for indigenous communities in North America. The fight to remove the Hogansburg Dam from the St. Regis Mohawk Indian Reservation, or Akwesasne, has been a long one. But many Americans are hearing about it for the time today, now that the dam is finally gone. Here are seven important facts to know about the Mohawk Tribe's decommissioning and removal of the dam and what comes next.

The Dam's Removal Will Improve The Health Of The St. Regis River

One of Hogansburg Dam's negative environmental impacts was that it blocked the passage of fish that historically thrived in the river, such as lake sturgeon and eastern sand darter (both of which are on New York's threatened species list). Project plans estimated that the dam's removal would open up 275 miles of stream habitat, resulting in greater, more genetically diverse fish populations to make their homes in the river. But recently, the U.S. Fish and Wildlife Service announced that 555 miles of stream habitat were opened up by the dam's removal, meaning greater, healthier fish populations.

The St. Regis Mohawk Tribe Is The First Ever In The U.S. To Decommission A Federal Dam

Hogansburg is by no means the first time a tribe has worked to have a harmful dam removed. Klamath Tribes of Oregon, for example, have long advocated and fought for dam removals on the Klamath River. However, as the St. Regis Mohawk Tribe became co-licencees of Hogansburg Hydroelectric Project in 2015, this victory marks the first time in the U.S. that a tribe has led the decommissioning and removal of a federal dam.

The Dam's Removal Was A Long Process, And It Isn't Over Yet

The Hogansburg Dam has been causing harm to the environment and surrounding community nearly since it was built in 1929. The latest discussions about removing it began in 2011, and once the process of its removal began and 2015, there were many preliminary steps to take. According to program plans, the water had to be temporarily lowered last fall for environmental impact studies to take place. The actual removal began this summer and, according to the Press Republican, a temporary dam had to be built during the dismantling process in order to control water levels around the work site. Additionally, sediment had to be dredged and shorelines stabilized before the removal was completed. Going forward, sediment dissipation and wildlife populations will have to be monitored going forward to ensure all is going to plan.

Not Everyone In The Mohawk Tribe Was For The Removal

Some Mohawk community members had very real, and valid, hesitations about the dam removal. A letter to the editor of Akwesasne newspaper Indian Time cited the potential negative impact the release of sediment built up by the dam could have on the river's fish and the plant life that would be buried under it. However, St. Regis Mohawk Reservation water resources manager Tony David told the Associated Press, "The river will flush and fix itself," and negative effects will only last five to ten years.

The Associated Press also reports that the former site of the dam will now become an art and nature park. Funds for the park will come from a $19 million settlement between the tribe and GM, Alcoa and Reynolds, companies that spent years dumping pollutants into the river. Beatrice Johnson, the Akwesasne Area Management Board's business development officer, told the Standard Freeholder that the board hopes the area will become a tourist destination. The St. Regis Mohawk tribe is one of so many that has faced brutality and cultural erasure at the hands of the U.S. government. Hopefully, this park will become a way to honor and educate others on their cultural heritage.

According to Anna Lieb of PBS, a thousand dams have been removed from U.S. rivers over the past 70 years. Why? Many dams across the country considerably damage the natural habitats in which they are built and many more have become obsolete money pits. The Hogansburg Dam was reportedly costing the company that previously owned it $100,000 a year and only produced power for 500 homes at most. Several more dams are slated for removal in this coming year, including the Boardman Dam in Traverse City, MI, the Eklunta Dam in Chugiak, AK, the Bleode Dam in Catonsville, MD, and the Wright and MacArthur Woods Dams in Northeastern, IL.

There Are Many More Rivers In Danger

Every year, environmental nonprofit American Rivers releases a list of the country's most endangered rivers. Of the ten rivers included in the 2016 report, at least half cite dams as the primary threats. However, as more and more dams' contracts end and come up for relicensing, there will be more and more opportunities to decommission and dismantle harmful and obsolete dams. But despite rising awareness of the problems many dams cause, it will still fall on the shoulders of local activists and officials to do the long, hard work that goes into each one of their removal.

More like this
The Lionesses Are Calling For Equal Access To Football In Schools
By Sophie McEvoy
'The Capture' Is Finally Back – & S2 Looks Tense AF
By Sophie McEvoy and El Hunt
The 6 Best UV Umbrellas, According To A Dermatologist
By Rachael Green
The 8 Best Indoor Door Mats For Your Home
By Jenny White
Get Even More From Bustle — Sign Up For The Newsletter