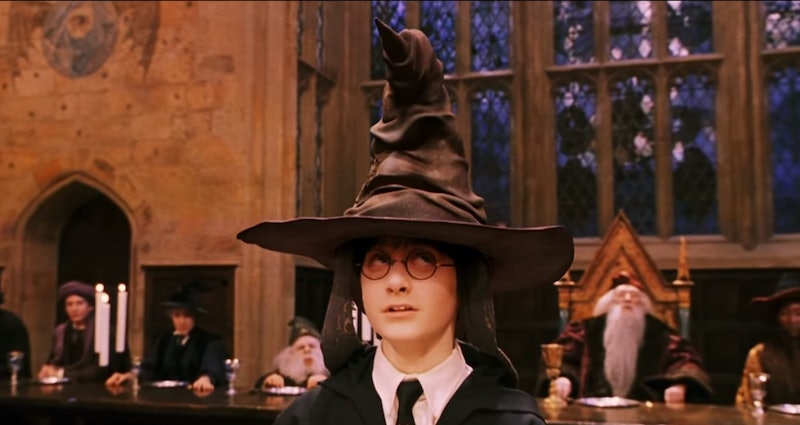 It's not often that I'll look at a picture of a spider and squeal with anything other than fear — but this newly discovered Sorting Hat spider is the rare exception. And yes, that is exactly what it sounds like: scientists have just found a spider shaped exactly like the Hogwarts Sorting Hat. It's a bizarre but adorable looking creature — and the best part is that the researchers who discovered it are massive Harry Potter fans. And so, this fantastic beast is now the official owner of an equally fantastic name: Eriovixia Gryffindori.

The spider was named by naturalists Javed Ahmed and Rajashree Khalap, who discovered the little critter along with their colleague Sumukha Javagal. After seeing the creature's unusual hat-like shape, they just couldn't resist naming it after the wizard Godric Gryffindor, original owner of Hogwart's famous Sorting Hat. Ahmed, who has been a fan of the Harry Potter books ever since he was a child, tweeted J.K. Rowling about his discovery — saying that he and his colleague were "honored to have named it after a character from [her] fabulous books." And the excitement wasn't just one-sided; Rowling herself said she was "truly honoured" to hear the new creature's magical name.

The J.K. seal of approval is all you need — but another Potterhead on Twitter had a different idea for the little creature's name, suggesting that animal-lover Newt Scamander would have been a better namesake for the spider. Ahmed's answer was quick as a flash, though my fellow arachnophobes may not be too thrilled at the thought of a real-life Aragog!

It's always exciting to watch the ways books can cast their magical influence over the real world — and so seeing the Wizarding World work its way into a real scientific context is fantastic. Although I have to say (and I think Ron Weasley would agree with me here), this is one Sorting Hat I definitely don't want to put on my head.