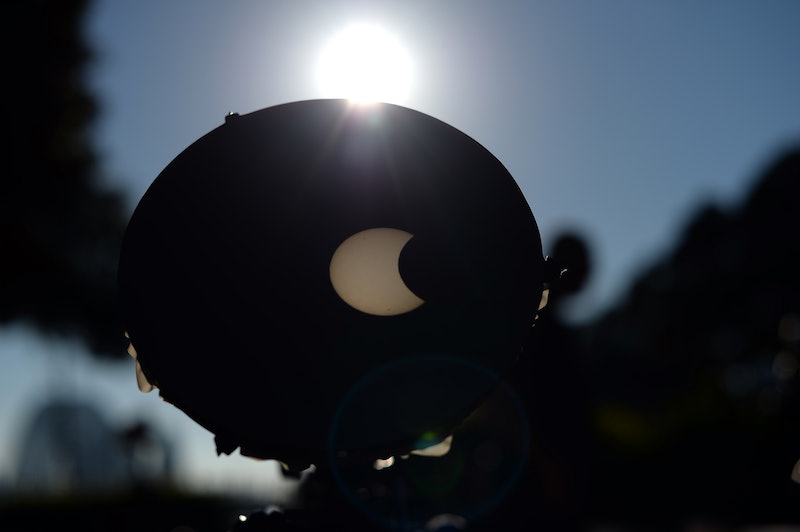 You'd be justified in having focused most of your attention on the presidential election during the past year, but by now, you're probably ready to move on to another topic. Luckily there is an infinite amount of things going on in the world to talk about — like all the amazing scientific advancements made in 2016. Cancer and Alzheimer's research moved forward, we might have found life and earth-like planets in outer space, and several new inventions are helping to bring us green energy. Turning our attention to these discoveries will be a nice vacation from the never-ending drama of Washington politics. As Carl Sagan once said:

In science it often happens that scientists say, "You know that's a really good argument; my position is mistaken," and then they would actually change their minds and you never hear that old view from them again. They really do it. It doesn't happen as often as it should, because scientists are human and change is sometimes painful. But it happens every day. I cannot recall the last time something like that happened in politics or religion.

Here are nine of the awesome steps forward the human race has taken over the past 12 months.

The company Cellectis made headlines in 2015 when a group of its scientists completely cured a 12-month-old baby girl of leukemia through the use of a groundbreaking technique of genome editing. In 2016, the company was in talks with several buyers interested in bringing their treatment to the market. It's expected to become available within two years.

3. Keeping Embryos Alive In The Lab

A report published in May revealed that scientists have now found a way to keep embryos alive in the lab. Embryos are typically only able to survive a short amount of time outside the mother's womb, but in new experiments, the embryos were able to implant themselves in dishes as they typically would inside the mother. This advancement can help scientists study the causes of miscarriages, birth defects, and improvements infertility treatments.

4. Artificial Sun Gets Closer To Reality

Scientists in China made a breakthrough earlier this year when they managed to keep their "artificial sun" on for past a minute. In an experiment, they were able to create hydrogen gas three times hotter than the sun's temperature and managed to keep the reactor on for 102 seconds. The purpose of such a device is to end our reliance on fossil fuel by providing an unlimited supply of clean energy. While other teams of scientists around the world have conducted similar experiments, none have been able to keep their reactors on for as long as the team in China was.

A planet outside the solar system — dubbed "Proxima b" — caused excitement in the scientific community when they realized its possible similarities to earth. Not only does the planet exist within a habitable zone, scientists also suspect the planet may have an ocean and possibly host life.

Sea animals frequently choke or become trapped by the plastic humans dump into the ocean, and this invention of edible six-pack rings for beer cans is an awesome way of addressing the issue. Instead of dying, turtles, fish, and other types of sea creatures can eat the rings on these packs.

A downside to solar panels has been their inability to function well during rainy or cloudy days, but this new kind of panel will be able to siphon energy from raindrops.

This is yet another breakthrough for solar energy. A group of researchers at MIT have created a material that's capable of storing solar energy and releasing it on demand.

The combination of the drugs lapatinib and trastuzumab were used as treatment for a group of 257 women with HER2-positive breast cancer, and the results were incredible. In just 11 days, some women's tumors either completely disappeared or shrunk significantly.

See? Not everything was so bad in 2016. And as the years pass, these scientific discoveries are bound to become even more astounding.

More like this
Why Experts Say Sleeping With A Fan On Isn’t Totally Risk-Free
By Sophie McEvoy
The 6 Best UV Umbrellas, According To A Dermatologist
By Rachael Green
The 8 Best Indoor Door Mats For Your Home
By Jenny White
The Best Eye Creams For Eczema On Eyelids
By Masha Vapnitchnaia
Get Even More From Bustle — Sign Up For The Newsletter