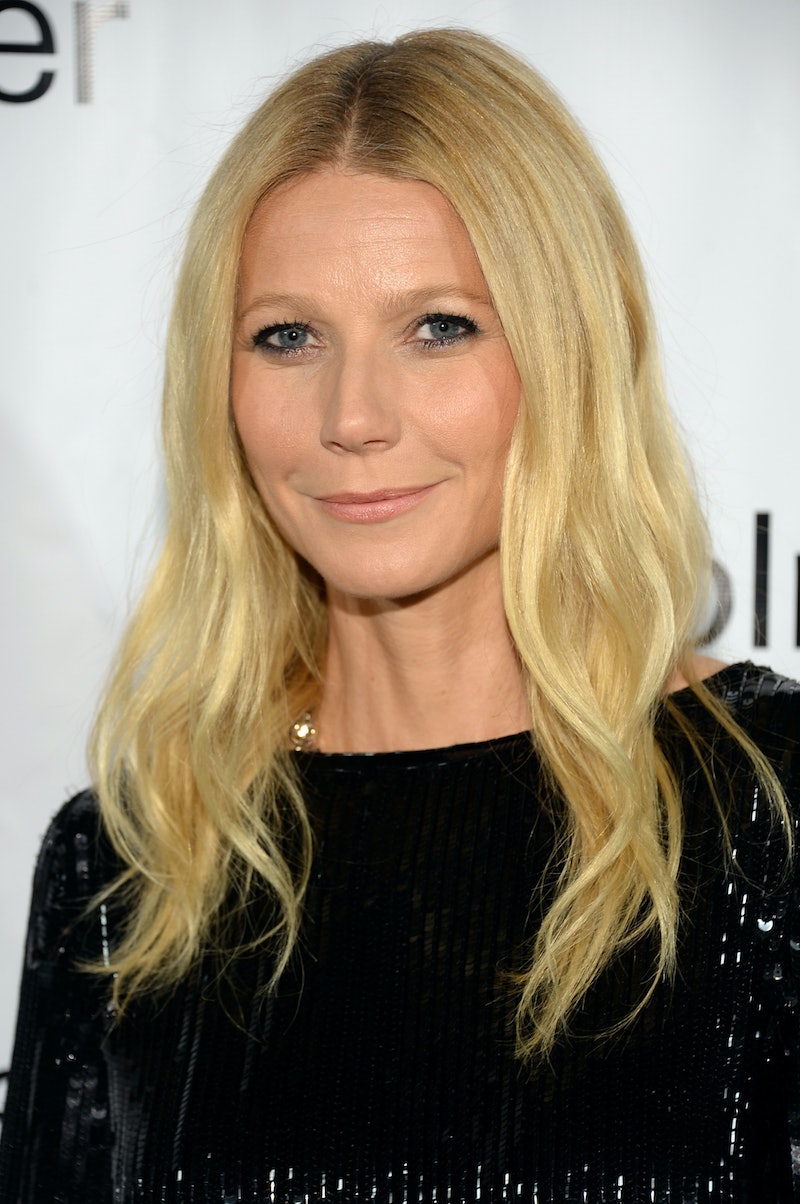 Okay, so we’ve all been making fun of the term “conscious uncoupling” since Gwyneth Paltrow used it to announce her separation from Chris Martin — but (somewhat surprisingly, I’ll admit) it actually has a very specific meaning. To find out exactly what that meaning is, the New York Times went straight to the source: The woman who created the term in the first place.

The phrase was coined by psychotherapist and author Katherine Woodward Thomas, who told the New York Times that it’s “a kinder term for divorce.” There’s more to it than that, though: It’s the dissolution of a relationship that involves as little drama as possible, with the focus being on protecting and children involved and avoiding finger-pointing. There are a lot of breathing exercises that accompany the process, as well as a lot of self-reflection aimed at stopping victimization in its tracks. “You want to clear the residue,” Thomas said — or, as the Times suggested, clear the goop (see what they did there?). Just, y'know... not this kind of goop:

Anyhoo, the philosophy behind "conscious uncoupling" actually makes a whole lot of sense. Sure, it's such a Gwyneth idea that it's easy to make fun of (according to Slate's GOOP-ified relationship status widget, I'm currently "artisanally collaborating" with my boyfriend) — but I can think of many worse ways to end a relationship. Isn't the type of breakup where everyone keeps their cool and walks away with their good memories of the relationship intact the one where everyone wins?

Thomas went through the process herself in 2011, noting that the breakup was “very beautiful and… quite different from any dramatic breakups that I had had in the past.” The phrase first popped up during a chat Thomas and one of her friends were having in her kitchen about each of their separations: “He was telling me about his divorce,” Thomas said, “but he didn’t call it a divorce. He called it a conscious uncoupling. When I heard it I just gasped. I loved the term and it so named my own experience with how I uncoupled from my husband that I asked him if I could use it.” Thus was born her conscious uncoupling workshop; you can listen to a free 75-minute seminar on Thomas’ website, or enroll in a five-week online course (for a price, of course).

Thomas isn’t sure why the source of the term wasn’t mentioned in either Paltrow’s statement or in the 2,000-word letter from Drs. Habib Sadeghi and Sherry Sami that accompanied it; but that aside, she’s happy that it's now part of the popular vernacular. In fact, Thomas is currently working on a book about the subject, so odds are that whatever happens, “conscious uncoupling” is here to stay.

More like this
The Best Time To Date After A Breakup, According To Experts
By Bustle Editors
Brad Pitt’s Recent Dating History Includes A German Model
By Brad Witter
20 Things You Should Never Tolerate In A Relationship
By Rachel Sanoff and Kathleen Ferraro
12 Ways You're Sabotaging Your Love Life
By Teresa Newsome and Lexi Inks
Get Even More From Bustle — Sign Up For The Newsletter