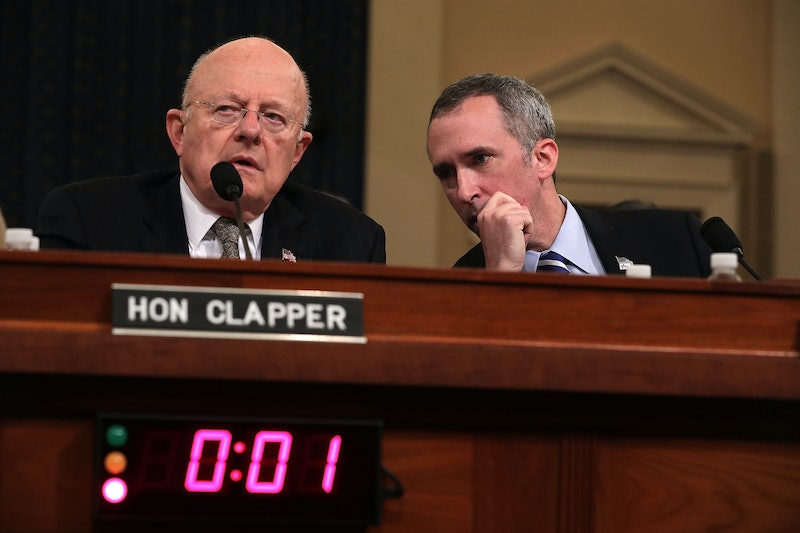 Presidential elector is not the kind of job someone would put on their resumé: it's only one day of work every four years, and up until this year, it largely required no deliberation or decision making. But when it comes to President-elect Donald Trump, some electors are starting to take their Constitutional agency a little more literally. On Monday morning, a group of 10 presidential electors sent a letter to Director of National Intelligence James Clapper asking for an intelligence briefing on the subject of Russia's interference in the 2016 election.

The 10 electors, nine of whom hail from states that Hillary Clinton won, posted their letter online, detailing the information currently available regarding the Russian hacking and asserting that "We do not understand our sole function to be to convene in mid-December, several weeks after Election Day, and summarily cast our votes." They request the briefing in "an expeditious manner, so that we can fulfill our constitutional duty as Electors."

It should be made clear that there's nothing to suggest that the other 528 electors have any such interest in doing anything other than voting for their state's chosen candidate. To affect the outcome of the election, 37 Republican electors would have to break ranks: so far, only one has said they will do so.

The public request for the briefing might be largely symbolic — and since the agency of electors has been assumed to be nil for so long, it's unclear what kind of information they would be privy to.

Moreover, the various Constitutional mechanisms make it unlikely that Trump could be simply exchanged for Democratic candidate (and national popular vote winner) Hillary Clinton. That would require getting the 37 Republican electors to not only break ranks, but to vote for the other party — even more improbably since electors are chosen from each state's party apparatus and are meant to be party loyalists.

Our presence in uncharted Constitutional waters is hardly new with the Electoral College question. Before last year, many would have thought it unthinkable that an opposition party would sit on a presidential Supreme Court nomination, but here we are more than 250 days after the death of Justice Antonin Scalia, and Barack Obama's nominated replacement, Merrick Garland, has not (nor is likely to) receive his hearing.

I bring that up more as a way to illustrate the extent to which anything could happen. The likelihood that enough electors vote against their state's wishes is vanishing, but in a year that has seen the Garland nomination ignored, the Russians poking into our elections, and the ascendance of Donald Trump, the only thing to reasonably expect is the unexpected.