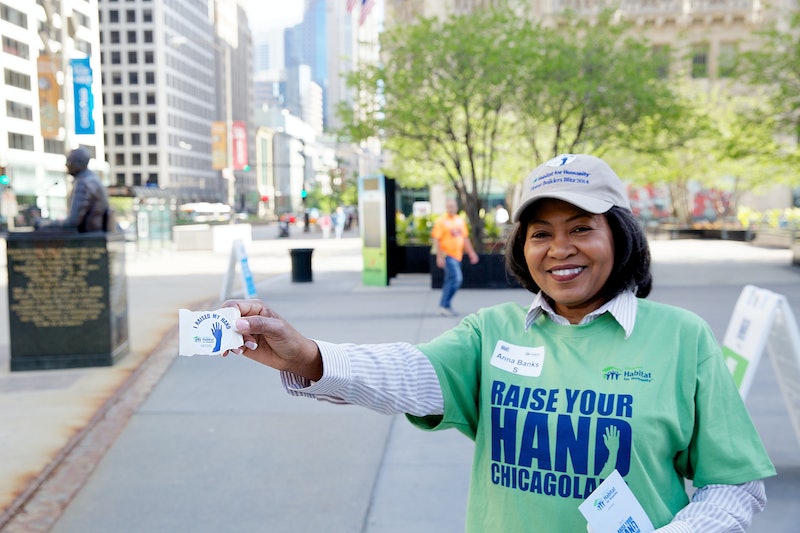 While it may seem like 2016 will never come to an end, the holidays will actually be here before you know it. For those who celebrate the end of the calendar year with holidays that involve gift-giving, you may be starting to panic if your list is long and your presents are not yet bought. But luckily there's a somewhat overlooked option for gift-giving that will serve as a quick present and also do some good for the world. Consider giving a charity gift donation this holiday season to support a wonderful cause that you or your recipient care about.

With so many options for charities to donate to (Forbes reports that there are more than 1.5 million nonprofits) it's worth sitting down to think about which way to go. When considering a charity to give to, think about what causes the recipient is interested in, and the issues that are close to his or her heart. It's important to chose an organization that the person respects. For example, it may be tempting to give a donation to Planned Parenthood in the name of a pro-life advocate, but realize that it really isn't a gift if you're doing it out of spite. Regardless of your differences in personal beliefs, there are charities that cannot be politically disputed.

Similarly, you should also be wary of organizations that have been rated as the worst charities in the country for the tiny percentage of their fundraising that actually goes toward helping others. Below are 15 charities for various causes (reproductive rights, environment, LGBT issues, poverty, etc.) that your loved ones would be happy to receive a receipt for as a gift this season.

The organization focuses on reproductive freedom via legal advocacy. The Center's attorneys work to guarantee the rights to safe abortion, birth control, prenatal and obstetric care, and unbiased information. Donate to the Center for Reproductive Rights here.

Catalyst centers around women in business and providing them with the tools to succeed. Through events, the organization looks toward places in business where the gender gap is large and connects them. Donate to Catalyst to champion inclusion in the workplace globally.

If you're looking for a centralized organization that connects various LGBT centers, CenterLink is the place. They work to foster a sense of community and link people across the country in solidarity. Their database of LGBT centers works to promote centers that support the safety, equality, and well-being of the LGBT community.

The nonprofit was originally founded in 1998 following the Academy Award-winning short film "Trevor" in 1994. The film centers around a young boy, Trevor, who attempts suicide after feeling outcast for being gay. The organization provides crisis intervention and suicide prevention for the teen and adult LGBT community.

A disaster-relief organization, Mercy Corps looks at the specific needs of a community in crisis and responds with various tactics like preparedness education and stimulating economic growth in the form of loans, among other things.

A project established by the organization Share Our Strength, No Kid Hungry works to feed children who do not have reliable access to food. They help by educating parents, providing healthy school breakfasts, and connecting children to meals in the summer when they're not readily available from school.

You've most likely heard of Habitat, which builds houses for community members. Families can apply for homeownership and, if accepted, help volunteers construct the house, then work with Habitat to pay off an affordable mortgage.

This organization centers on legal advocacy to identify the most effective housing policy solutions. It works with local and state government to determine the best programs and policies that will reduce homelessness with the goal of ultimately ending it.

According to the Centers for Disease Control, suicide is the second leading cause of death among Americans between the ages of 15 and 34. The American Foundation for Suicide Prevention provides mental health education and trains educators, parents, and health professionals to recognize warning signs.

One hundred percent of the organization's fundraising goes to research for curing Alzheimers, thanks to overhead costs taken care of by the board.

A cause especially important during the current state of American politics, the ACLU fights to defend free speech, civil liberties, and tolerance among citizens. It draws inspiration specifically from the Bill of Rights.

Lawyers at The Innocence Project use DNA evidence to exonerate wrongfully-convicted prisoners.

This group works to fight the abuse of human rights across the world. They focus on refugees, victims of rape and sex trafficking, and torture victims, while also providing basic needs like food and water.

This group works to end gun violence and provide safe communities by advocating for gun-reform legislation.

There are so many charities out there that provide positive contributions to communities. I strongly encourage you to consider supporting one of them this holiday season, and giving the gift of charity.