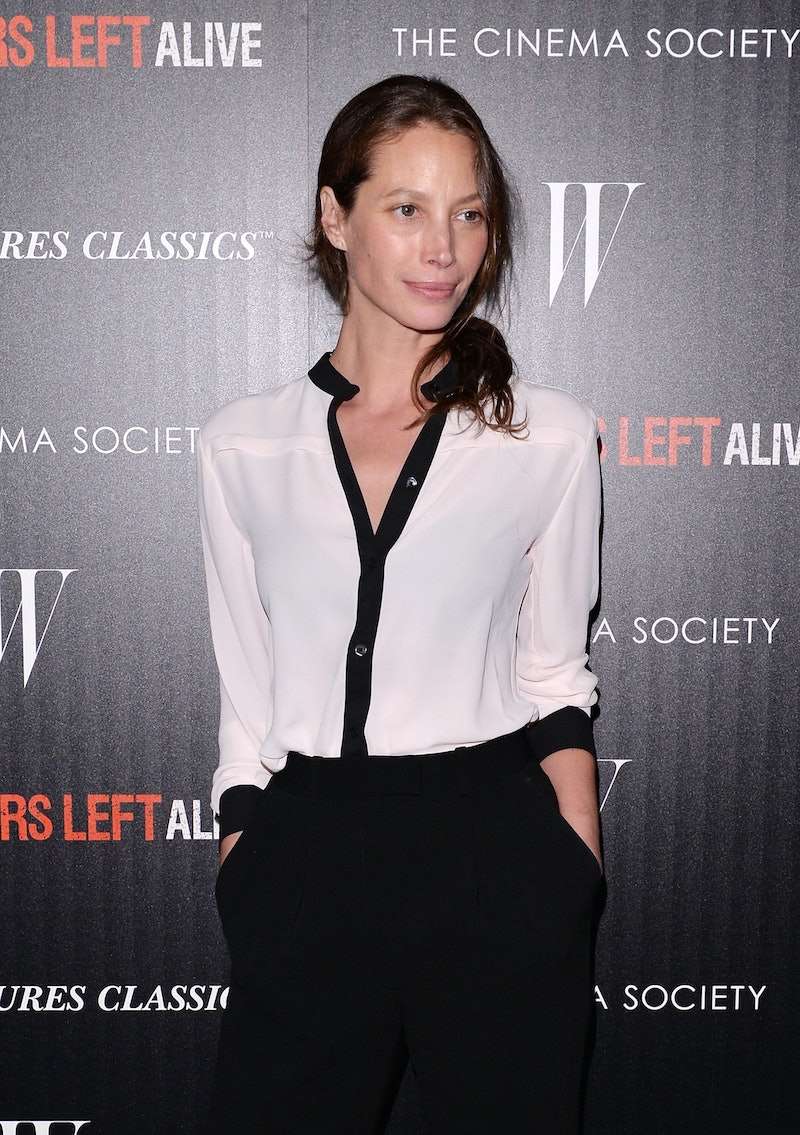 Calvin Klein is urging us to remember the glory days recently, with ad campaigns harkening back to the early success of the 1990s. First, there was the 'My Calvins' social media campaign, which played off of the famous print ads staring Brooke Shields and Kate Moss. Now they are embracing an old favorite — supermodel Christy Turlington.

Calvin Klein has announced that they will reissue Turlington's 1995 'Eternity' ad, according to Fashionista, to celebrate the fragrance's 25th anniversary. The ad, done in classic CK black-and-white, also stars Dutch model Mark Vanderloo and will appear in May and June magazines. They kept the exact same photo, with the addition of a cute little caption: "Time can't touch us. Celebrating 25 years." Clever, indeed.

And, well, true. Both Turlington and Calvin Klein are timeless. Although they are both emblematic of the '90s supermodel era, the brand and the model have aged impeccably. Even the fragrance title, 'Eternity' assures us that Calvin Klein is not going anywhere. To really drive that point home, the brand also released a new underwear ad staring Turlington earlier this year, with her looking just as stunning in 2014 as she did in 1995.

Re-launching the old ad is a bold, clever move for a brand like Calvin Klein, which has an iconic look not typically swayed by trends. Calvin Klein style is simple, at times minimalist. To use the same ad from 1995 wouldn't work for every label without seeming dated, but it definitely works for CK because the brand just hasn't changed all that much. The image still feels fresh, exciting, and iconic.