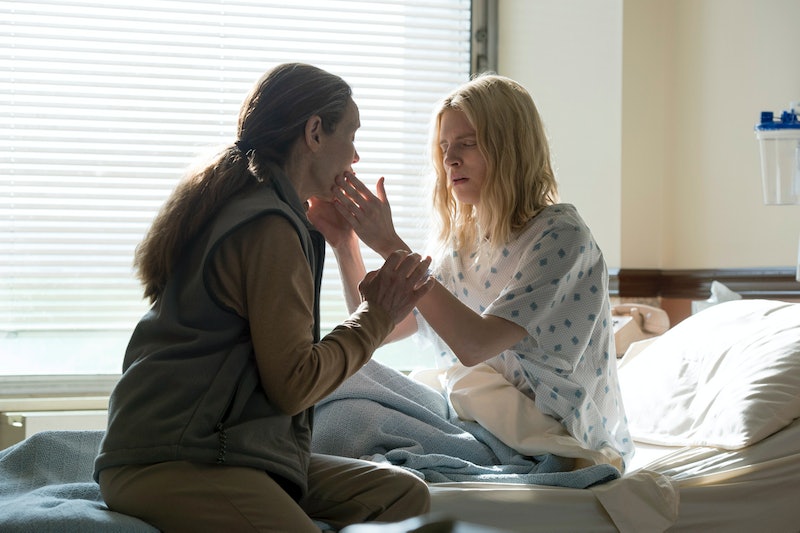 Sorry Beyoncé — you’re not the only person who can drop a project in secret from the rest of the world. Four days before it premieres to the world, Netflix revealed that they have a new show — The OA — and damn, it looks really, really intriguing. So much so, in fact, that it made me think that it could be based on something in real life. Is The OA based on a true story?

The trailer doesn’t reveal a lot about the show, but here’s what we know. The OA stars Britt Marling as Prairie Johnson, a blind woman who has been missing for seven years. She’s returned home, and she’s no longer blind — imagine that. Of course, when she comes home, there are a ton of questions about her life and what happened to her, and she doesn’t exactly want to answer them. There are flashes of her running through the woods, jumping off a bridge, and weird markings on her back. She’s also hooked up to all of these weird machines and medical doo-hickeys. “I remember everything,” Prairie says, but what is she even talking about? What are they not telling us? We’ll just have to watch all eight episodes on Friday, Dec. 16, to find out.

Considering the fact that this show looks mega-strange and we don’t exactly know what the mystery is, I’m going to go out on a limb and say that The OA isn’t based on any true stories. The show is still shrouded in mystery, so maybe we’ll be able to gauge similarities later on. But, here are some things I think could have happened to Prairie in the seven years she was missing.

Prairie’s being cured of her blindness screams some sort on non-human intervention, and short of a miracle, what could it be? Aliens could have swooped down to Earth to take Prairie and cure her. Or maybe they just took her for other reasons and happened to fix her blindness while they were doing experiments on her or trying to integrate her into their community. Maybe she’s now a pod person sent back to Earth to infiltrate. It could happen.

I don’t know that Netflix would want to do another Stranger Things, but since the first show did so well, why not? This could be a Stranger Things-esque show, but set in the present day, or even the future. Prairie was taken as an adult for some sort of reason, she was tested and experimented with, and spit back out into the real world. I see you, Upside Down.

Spiraling off of Stranger Things, Prairie could have fallen into some weird alternate universe — that’s why she remembers everything that happened to her. Is that common in abductions? I don’t think so.

Prairie was blind, and now she’s not — is that the result of experimentation by a medical company. They cured her, but maybe they did other stuff to her that wasn’t exactly kosher. You never know.

What happened to Prairie on The OA? I hope we find out soon.

More like this
What’s New On Netflix: 'Never Have I Ever' & 'Indian Matchmaking' Return
By Arya Roshanian
What’s New On Netflix: 'Bridget Jones’s Diary' & 'Monster-in-Law'
By Arya Roshanian
Here’s Everything Coming To & Leaving Netflix In August
By Jake Viswanath
Everything To Know About 'Evil' Season 4
By Meguire Hennes
Get Even More From Bustle — Sign Up For The Newsletter