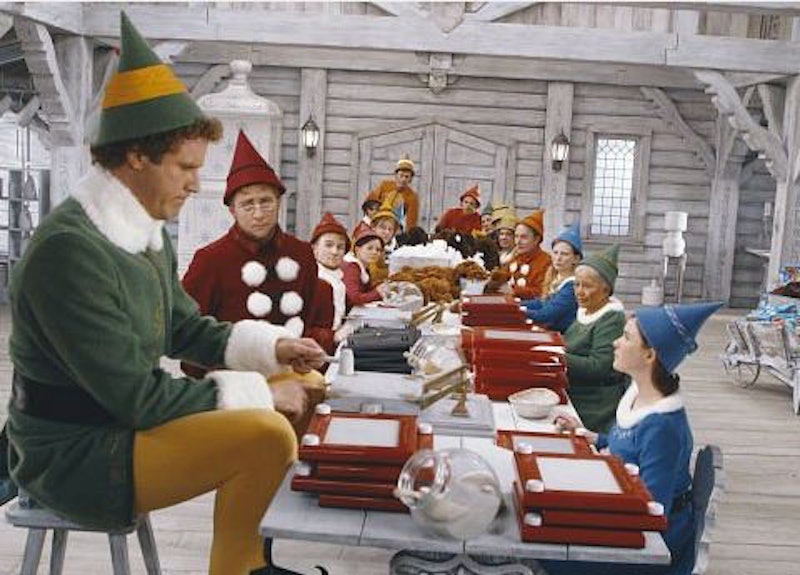 Writing letters to Santa is a big deal when you’re little. You draft the perfect plea for presents, list all the ways you’ve been good, and address the envelope carefully: “Santa Claus, North Pole.” But as you grow, you begin to wonder, "Is the North Pole real?" Did any of your letters actually reach their intended destination? That moment happened for me when I did not receive the purple Furby I had been covetting and threw the whole idea of a jolly man in a red suit out the proverbial window.

When we think of the North Pole, especially around the holidays, our minds immediately jump to mythical local of Santa and his band of elven helpers. We imagine the North Pole to be a bustling frosty wonderland, draped in red and green, with Santa at his hearth making a list of the many houses he must visit come the evening of Dec. 24. But while the North Pole is most certainly real, it is devoid of the Christmas trees and twinkling lights we picture in our heads (unless you include the Auraura Borealis).

In order to pinpoint the exact location of the “North Pole,” the first question you have to ask is, which one? Unlike the South Pole, which is situated on the continent of Antarctica, the North Pole is not tethered to a specific landmass. The geographic North Pole, also known as the terrestrial North Pole, is “a fixed geographic point that’s diametrically opposed to the terrestrial South Pole,” according to Discover Magazine. This northernmost point of the planet lies in the middle of the Arctic Ocean, covered by an ever shifting sheet of ice. The ice expands and contracts along with the seasons, and thanks to global warming is shrinking still.

While it is dark for half of the year and cold for all of it, there is a fair amount of life up on the tippy top of the planet. Polar bears, whales, reindeer, and foxes can be seen in the Arctic circle. (Santa Claus, on the other hand, not so much, because, well... that's what happens with mythical beings.)

The second place that can claim the title is known as the "Magnetic North Pole" or the "North Dip Pole." This is the location that a compass needle is drawn to if it is pointing north. The North Dip Pole refers to a magnetic phenomenon where the planet's magnetic field points vertically downwards (in other words, it is a point where the geomagnetic field is perpendicular to the surface of the Earth instead of horizontal). Unlike the terrestrial North Pole, the magnetic pole is not stationary and can move almost daily, depending on magnetic changes in the Earth’s core.

If you're looking for a place more geographically festive, there is also a North Pole in Alaska. The holiday-themed City of North Pole, which is a suburb of Fairbanks, has been around since Jan. 15, 1953, complete with streets named for Christmas lore, such as Santa Claus Lane, St. Nicholas Drive, and Snowman Lane.

So while, yes, the North Pole is very real, it’s anyone’s guess as to where Santa actually resides. I hate to break it to you, but those letters you wrote a letter to Santa? They probably did not reach any of the North Poles. But hey, maybe the Jolly Old Elf picks up his operation and moves depending on his proclivities. After all, he does have a super-powered sleigh.