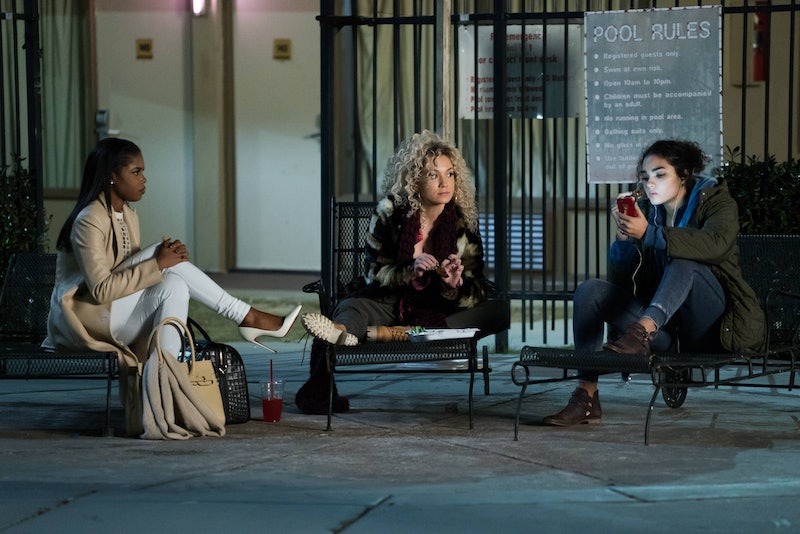 The first thing that viewers learn about Star in her eponymous television show is that she’s nearly 18, in the foster system, and is dying to get out so she can find her sister and pursue their dreams. They both sing like angels and apparently, so did their mother, who died when they were young. The sisters have spent a lot of their young lives apart because of it and though we don't much about Star's mother, the premiere shows that there's more to her than meets the eye.

Star knows that her mother died of a drug overdose, and that’s why she and her sister were taken into foster care. Miss Carlotta (played by Queen Latifah) is their godmother, and through her, we get bits and pieces about who their mother really was. It’s Star’s dream to become, well, a star, and it seemed like her mother wanted that life, too. When Carlotta finds out that Jahil Rivera, the talent manager, is looking to get behind Star and the rest of her girl group and represent them, she freaks. Why? Well, it sure seems like Jahil had something to do with the singing group that Miss Carlotta used to be in — with Star’s mother.

Carlotta is so angry with Jahil that she tells him to stay away from Star and Simone and pulls a gun on him, which leads me to this — Star’s mother also had the voice of a star and big dreams of Hollywood. But something happened to her in the midst of all of it to derail her singing career. We don’t know exactly what it is, but my guess is that it has to do with her drug addiction, and considering the fact that Carlotta was willing to threaten Jahil to get him to leave the girls alone, I think he may have contributed to it. Maybe he's the one who got Star’s mother into drugs, or maybe they were involved and simultaneously struggled with addiction.

What we still don't know is whether Star's mother actually found fame. She could have achieved success and still developed an addiction. Whatever happened, Carlotta eventually found her church, and I think Simone reminds her of Simone and Star’s mother. Carlotta is pushing the hardest for Simone to come to church with her — this could be her way trying to save Simone from the demons that plagued her mother.

Carlotta has seen what these dreams of fame do to people, and it’s clear that she doesn’t want that for Star or Simone. Alex, who comes from a wealthy New York family and has something to fall back on, but Simone and Star really don't. The more we learn about Star and Simone’s mother, the more I want to know about the complicated woman who wanted the same things that her daughters do.