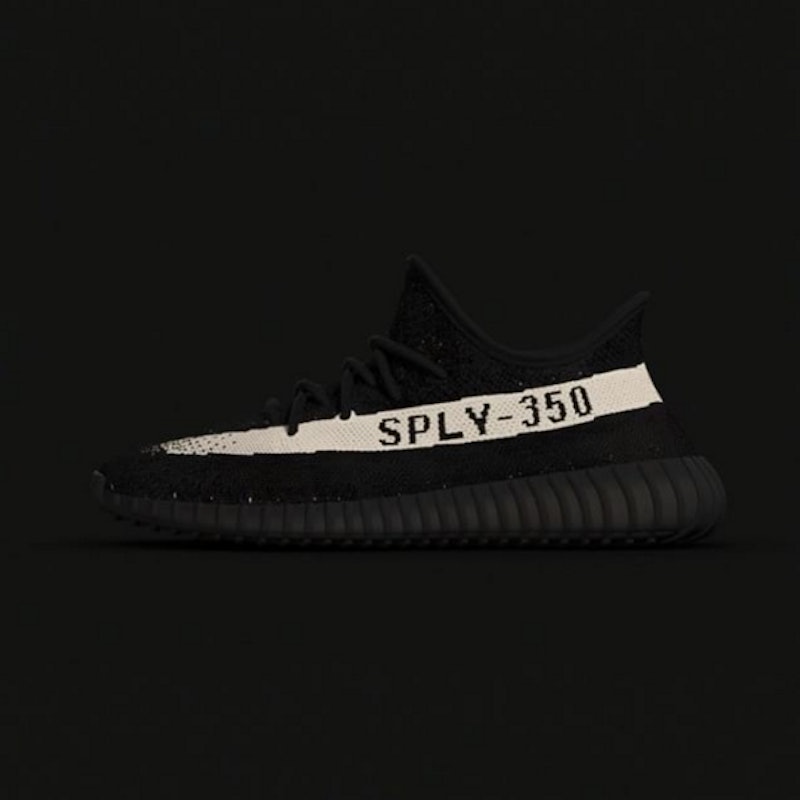 Yeezy Boost lovers are getting yet another chance to cop the coveted kicks. That's right, Adidas has recently announced that a brand new colorway of the Yeezy Boost 350 V2 is launching, and excitement is spreading like wildfire. You must now be wondering — when does the black and white Yeezy Boost 350 V2 come out? It's a lot sooner than you think.

The partnership between the athletic brand and the rapper-turned-designer has been a smashing success. They have already released four stunning colorways of this updated 350 Boost style, which have all sold out in minutes, perfectly retaining their unicorn status. The release of this V2 series was kicked off with the orange and gray version, followed by three black styles with different colored stripes — green, copper, and red. This latest colorway, black and white, is by far the most wearable and versatile of them all. The shades match with practically any ensemble, so you're not limited to rocking your Yeezys just to the gym.

So, when can you shop the stylish sneaks? According to Adidas' Instagram post, the black and white 350 Boost V2 will be available to shop on Saturday Dec. 17. Better mark your calendars now.

The shoes are notoriously hard to snag and I have a feeling this black and white shade will be even more difficult to get.

According to Footwear News, sign-ups are open via the Adidas Confirmed app until 12:00 p.m. EST on Thursday Dec. 15, which may provide a better chance of actually scoring a pair.

Best of luck to all those hoping to cop a pair!