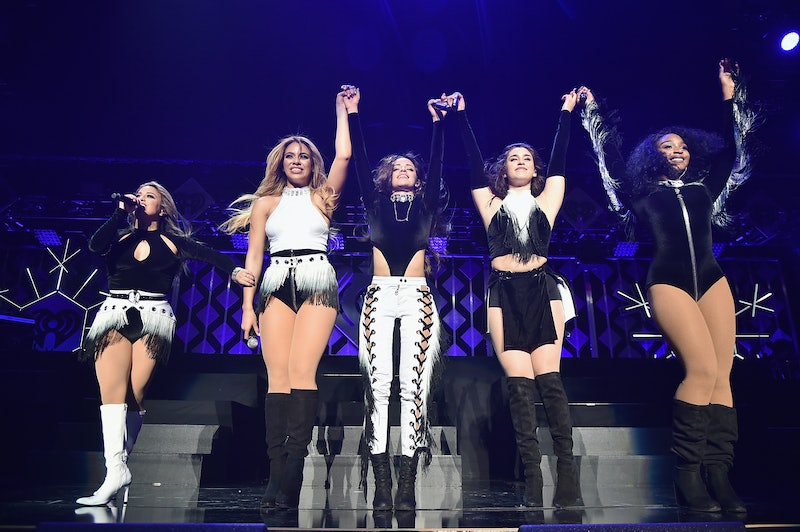 Those Fifth Harmony feud rumors need to please take a seat. And uh, they may want to make themselves comfortable. Because as far as I can tell, they are going to be there for a while. The quintet behind 2016 smash "Work From Home" has big plans for 2017, and no, those plans do not involve a breakup. While chatting with Z100 radio host Elvis Duran at the iHeartRadio Jingle Ball in New York City on Friday night, Fifth Harmony revealed that a third album will be barreling down the pike soon.

When Duran asked the group if fans can look forward to a third album anytime soon, Normani Kordei replied, "2017's going to be popping." Dinah Jane Hansen went on to add that "the third album is definitely going to be so lit."

2016 has been a pretty major year for The X Factor alumni: In May, 5H dropped their sophomore album, 7/27, and it went on to be both a commercial and critical success. But wait, there is more: Lead single “Work From Home” reached number four on the Billboard Hot 100, the group won two VMAs, their song "That's My Girl" was featured in a TV spot for the U.S. women’s gymnastics team, and they collaborated with Missy freakin' Elliott. Oh, and let us not forget that they released a music video that would go on to be the most watched YouTube music video of the year for "Work From Home." They're straight up crushing it and I cannot wait to see what they do next.

I have one wish and one wish only for this third album: that 5H keep doing 5H. (Oops, you caught me. I have one more wish: I wouldn't be mad if they did a song with Drake. Just putting that out there.)