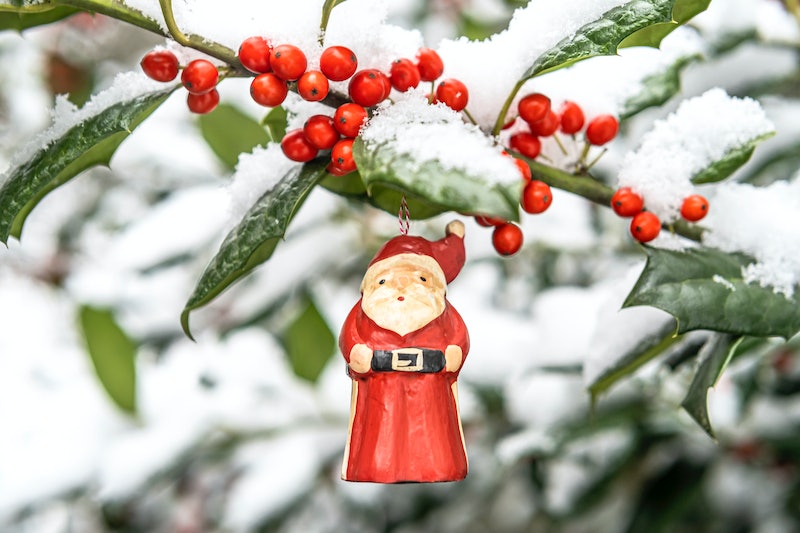 He's big and jolly and only shows up once a year... I know that sounds creepy, but don't worry, I'm just talking about Santa Claus, of course! Whether you still believe or gave up long ago, these Christmas quotes about Santa will either transport you back to your childhood, ignite a good chuckle, or demonstrate the significance of Saint Nick's role in the Christmas holiday.

From Shirley Temple to Jon Bon Jovi to Jimmy Fallon, you'll find all sorts of quotes from a plethora of people rounded up below. Their one common thread? A strong opinion or two on the man behind the beard. Santa Clause has become a staple in American Christmases, and a majority of Americans spent their childhood leaving out milk and cookies for a man they never saw who was supposedly shimmying down their chimneys with a bag full of gifts to leave under the Christmas tree. It's a marvelous tale, and it's the type that doesn't come along very often in today's day and age.

Preserve the spirit of Santa Claus this year, whether you want to play up the fantastical story with your friends and family or not, you can still spread his jolly cheer and positive Christmas message.

1. "I think we have to believe in things we don't see. That's really important for all of us, whether it's your religion or Santa Claus, or whatever. That's pretty much what it's about." — James Caan

2. "You can't trick The Universe — it's like Santa Claus that way." — Tracy McMillan

3. "I stopped believing in Santa Claus when I was six. Mother took me to see him in a department store and he asked for my autograph." — Shirley Temple

4. "What is the real purpose behind the Tooth Fairy, the Easter Bunny and Santa Claus? They seem like greater steps toward faith and imagination, each with a payoff. Like cognitive training exercises." — Chuck Palahniuk

5. "Santa Claus has the right idea — visit people only once a year." — Victor Borge

8. "I never believed in Santa Claus because I knew no white dude would come into my neighborhood after dark." — Dick Gregory

9. "I'm going to North Pole to help out Santa this year." — Jimmy Fallon

10. "I see Santa Claus and Joseph Smith and Luke Skywalker as the same person." — Trey Parker

More like this
The Best Time To Date After A Breakup, According To Experts
By Bustle Editors
20 Things You Should Never Tolerate In A Relationship
By Rachel Sanoff and Kathleen Ferraro
12 Ways You're Sabotaging Your Love Life
By Teresa Newsome and Lexi Inks
The 8 Best Chew Bones For Puppies, According To A Vet
By Andrea Hannah
Get Even More From Bustle — Sign Up For The Newsletter