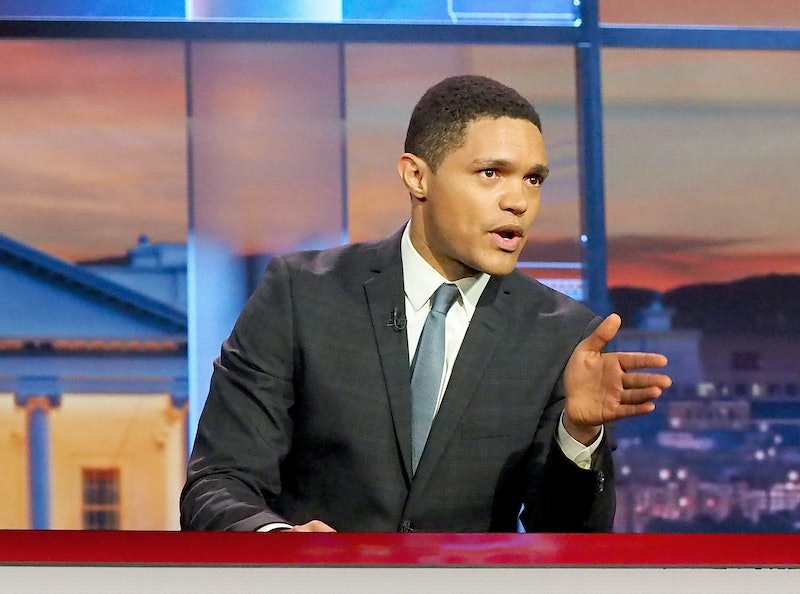 On The Daily Show Monday night, President Obama and Trevor Noah talked about racism. Not the overt and obvious sort, but the more subtle forms of racism that pervade day-to-day life but are often trickier to spot. In his last Daily Show appearance before leaving office, Obama stressed the importance of calling out all forms of racism, but also suggested that using a diplomatic and measured tone may be the most effective means of doing so.

"There may be times where you just have to call things out and name names," Obama said. "But the challenge we face today, when it comes to race, is rarely the overt Klansman-style of racism, and typically has more to do with the fact that people got other stuff they want to talk about, and it's sort of uncomfortable. It's somebody not getting called back for an interview, though it's never explicit. Or it's who gets the tv acting job — the actress who doesn't quite look the part, and what does that mean. In that environment, we're not talking about necessarily cut-and-dry racist behavior, but rather about the complex ways in which society is working these issues through. Trying to reach folks in ways that they can hear, I think is important."

The president gave an example of how he's called out racism in what he calls a more "diplomatic" manner.

"There are not times where I've said, 'that was racist, you are racist.' There are times I've said, 'you might not have taken into account the ongoing legacy of racism in why we have so many black men incarcerated."

This was another theme in Obama's comments. While he did express his belief that the country has made enormous strides in combatting racism, he also noted that the legacy of America's racist past continues to to have a negative effect on race relations in the country.

Obama's views on race are pretty measured and nuanced, which is all the more impressive considering how many flatly racist attacks he's been subject to throughout his presidency. He's dead-on about the importance of calling out subtle forms of racism, and hopefully, that point will resonate more with Americans when it comes from the president's mouth.