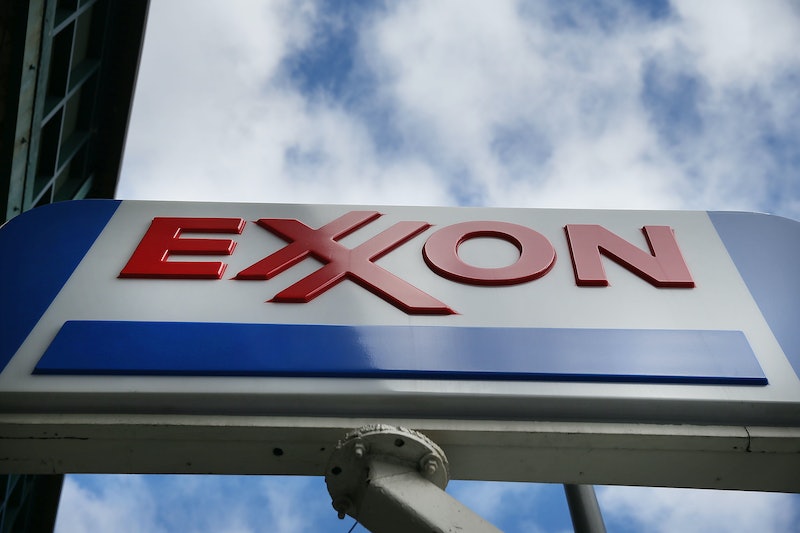 In a continuously failing bid to "drain the swamp," President-elect Donald Trump has chosen yet another millionaire to fill his cabinet, picking Exxon CEO Rex Tillerson as his secretary of state. This pick follows a wave of criticism from advisers both within the Trump camp and outside of it, who have pointed to Tillerson's potentially too-close ties with Russian President Vladimir Putin. But nevertheless, Trump has officially selected his secretary of state, leaving the multinational oil and gas tycoon without a CEO. Now, Tillerson's replacement at Exxon will have to fill the gaps in a huge way.

The man for that job is Exxon sitting President Darren Woods, who is expected to replace Tillerson as CEO. The Kansas-born 51-year-old is an electrical engineer by trade, and has been with the company since 1992, originally as an analyst and rising through Exxon's refining and chemical leadership positions.

The current president will take over during a time when Exxon's shares have fallen beneath many of its national competitors. According to a report from Fortune, Exxon's stock is up 59 percent since Tillerson became president in 2006, but that pales in comparison to rival Chevron, who has seen a 104 percent rise in stock. In fact, for the past two and a half years, Exxon has not performed well in the energy markets. Though still considered a behemoth in the oil and gas industry, it's run into a series of issues that include poorly timed investments in American shale and allegations of creating a climate change cover-up to deceive investors. At the time, Tillerson called these allegations "unfounded," saying the charges critics were citing happened "decades ago."

Woods may also have to contend with Tillerson's personal ties to Putin, who awarded Tillerson Russia’s Order of Friendship award after the CEO struck a deal to drill for oil in the Arctic's Kara Sea. After discovering often elusive oil reserves for Russia, the partnership with Exxon and the country was put on hold following a United States sanction against Russia over its annexation of Crimea.

But Tillerson's relationship with Putin aside, it will be up to Woods to oversee a successful rebirth of that drilling program. Experts believe that the venture is worth some $1 billion in investments, and Exxon will want to resuscitate the billion-barrel discovery in the Kara Sea despite these international sanctions.

But for all of this, Woods has still been able to boost the value of the company's refineries while acting as president. Despite low overall earnings, a 2016 report from Fortune found that refineries, Woods' specialty, had still given Exxon a position quarter. His elevation to CEO follows his December 2015 promotion to president and the board of directors. Since June 2014, he has likewise been an active member of the six-person management committee that controls the company's day-to-day operations.

Woods will have his hands full leading Exxon during a time in which many wish to move away from the country's dependence on oil. But thankfully for Woods, he will have both a secretary of state and president whom very much want to keep things business as usual.