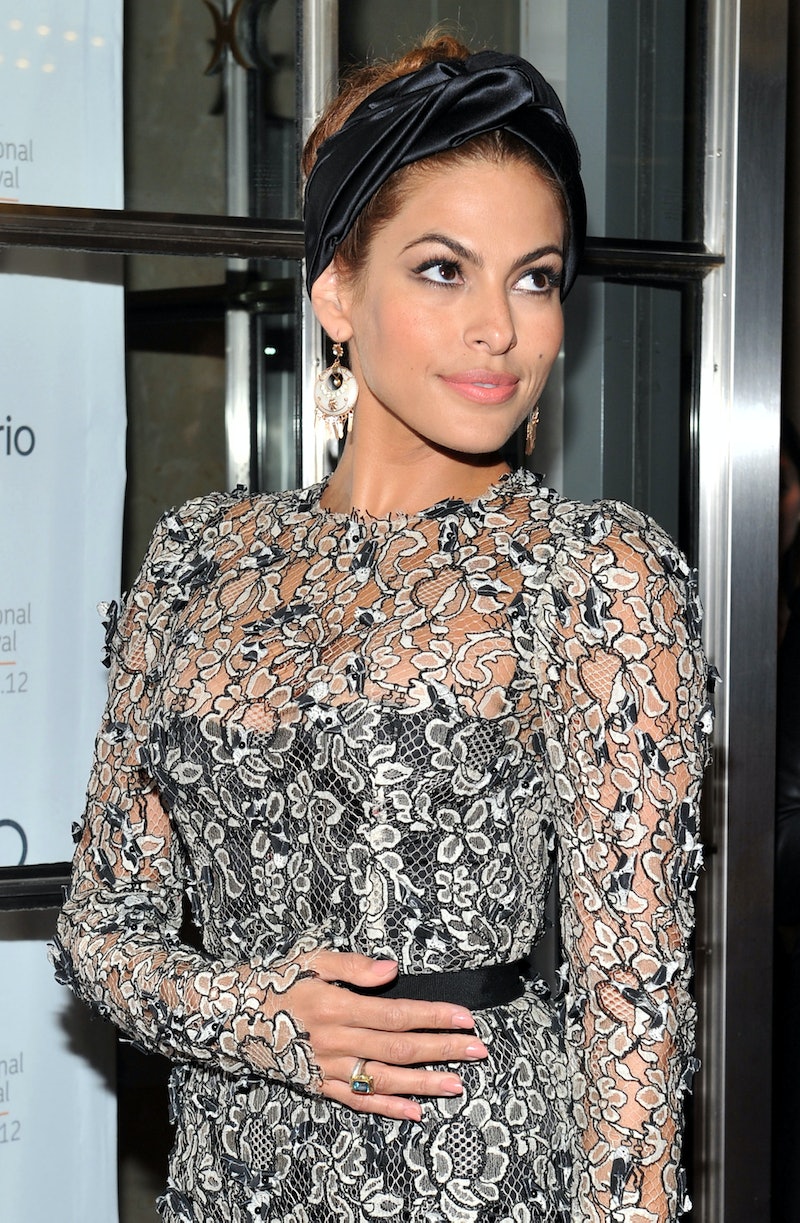 To put it bluntly, 2016 has been a weird year, and I'm just about ready for it to be done. There were those creepy clown sightings, Donald Trump and his toupee became president, a massive Kardashian/Kanye West-Taylor Swift feud ensued, and Ryan Lochte publicly gave a stab at acting. Not to mention the handful of celebs who went totally M.I.A. The celebrities who were particularly quiet in 2016 need to crawl out of their Hollywood Hills caves and into the spotlight where they belong, so I can continue living vicariously through them. Is that so much to ask?

For some celebrities, it isn't a mystery as to why they remained under the radar this year. Stars like Blake Lively, Mila Kunis, Kerry Washington, and Olivia Wilde all welcomed their second babies during the fall and winter. Valid. Then, there were celebs who dealt with unfortunate circumstances. Jessica Alba and her Honest Company had a fair share of negative scrutiny, Drew Barrymore got divorced, and dare I mention Brangelina? And, of course, stars like Selena Gomez and Zooey Deschanel were brave enough to take social media breaks when things just became too much. All of these are totally understandable reasons for why a celeb would bow out of the spotlight for a bit.

But, as for the rest of you, what's your excuse? Need answers ASAP.

Biel has definitely been busy, but why is she so quiet? From the looks of social media, the actor has been involved with a few on-screen projects this year and also opened her restaurant Au Fudge in Los Angeles. Biel made a rare appearance with her husband Justin Timberlake at the 2016 Critics' Choice Awards, and the internet got excited. Of course, there have been divorce rumors, which have been debunked. But if they're false and she has good things going on, why remain so hush?

It's been over a year since the couple announced they'd split, but no divorce papers have reportedly been signed. Now, we only see them when creepy paparazzi catch them going to church or when the two are on questionable "coffee runs." In February of 2016, Garner opened up to Vanity Fair about realities of life with Affleck and their kids, and the most the world has heard from Affleck was from the handful of press interviews he did when promoting The Accountant in the fall. I'd be lying if I said I wasn't curious.

Mendes has always been super sensitive about her privacy, which I admire. She broke her silence in a Latina interview in September, and has been totally quiet since, posting mostly about her line with New York & Co. on social media. But especially with her man Ryan Gosling on everyone's radar due to La La Land, Mendes needs to emerge like the goddess she is.

Unfortunately, the most I've seen of Tatum this year was his confusing hair at the 2016 Golden Globes and the occasional Instagram post with his wife Jenna Dewan. And then there was the time he devastated fans by revealing there are no plans for a third Magic Mike installment. Maybe it's just too damn soon, in which case I understand.

Lohan is always a mysterious wonder, but things got extra suspect when she emerged in November using a made-up accent when talking to the press. She did get her finger chopped off this year and revealed tumultuous times with her ex-fiancé Egor Tarabasov, so I'll cut her some slack. But the accent is truly mind-boggling, as is her explanation. I'll never know where or how it truly happened.

Since tying the knot with Benji Madden in January of 2015, it seems Diaz is just enjoying that newlywed life. This year, the actor made headlines simply for stepping out with her husband. In the spring, she visited Jimmy Fallon and had an interview with Andy Cohen on Sirius XM about her marriage while promoting Longevity Book. Between those appearances and her very rare posts on social media, that's pretty much been it from the star this year. That newlywed life must be pretty darn good.

The actor has been spotted out and about with girlfriend Katy Perry, and while she's spoken about their relationship, he's remained pretty quiet. Meanwhile, his ex-fiancée Miranda Kerr says she, Bloom, and her fiancé are a "modern family" these days. But where is the man himself?

McAdams appeared in the huge Marvel blockbuster Dr. Strange this year, but still managed to keep a low profile. She took part in very limited interviews and press opportunities leading up to the film's premiere, which wasn't too surprising since she's known for being pretty private. Plus, rumors have been flying around about her alleged screenwriter boyfriend, which makes me wonder. The actor remained pretty hush overall, but did take the cake with this interview on Ellen, saying Strange co-star Benedict Cumberbatch doesn't like his fans being called "b*tches."

It's been a big year for Amanda Seyfried, but that doesn't mean she didn't try keeping it on the down-low. Seyfried got engaged to actor Thomas Sadoski and became pregnant. The pregnancy news came from the actor's publicist. Although she hasn't constantly been in the public eye this year, she was sure to get meaningful messages across when she was. She put out a few vocal tweets amidst the 2016 election and opened up to Allure about stigmas surrounding mental health.

The beginning of 2016 was promising for Bullock when she gave an epic speech at the People's Choice Awards in January. Then she was strangely nowhere to be found. That is, until she reunited with her Hope Floats co-star Harry Connick Jr. on his show Harry to discuss her children. He asked, "What's happening?" and she replied, "You know, life." Curiouser and curiouser.

Tom Cruise's face at the 2016 BAFTA Film Awards in February prompted Twitter to lose its cool. Literally, no one could handle the actor's look. Although his film Jack Reacher: Never Go Back premiered this year, he still had such little to say. Is it because he was afraid people would ask about a new romance since his split with Katie Holmes? Or the infamous BAFTA face? The world may never know.

Maybe we'll see more of these stars in the coming year, and maybe we won't. All I know is, 2016 was hardly the most prolific year for them, for whatever reasons.