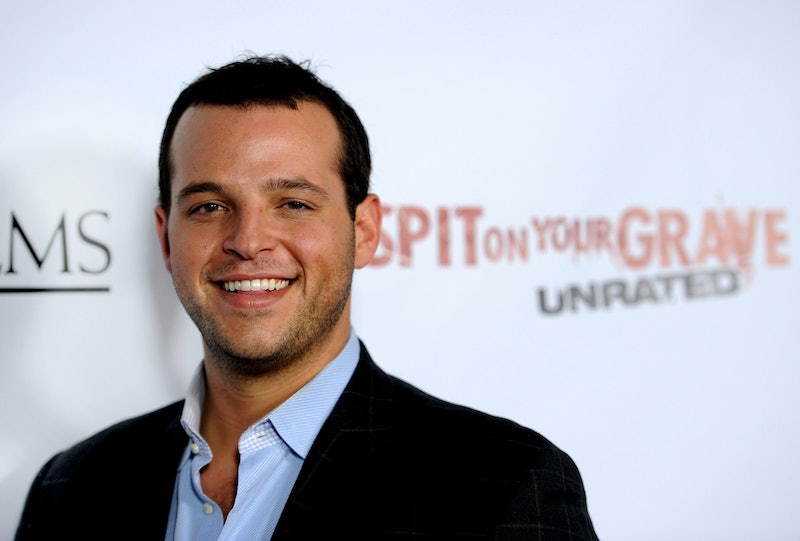 April 30 marks the 10 year anniversary of the beloved teen comedy Mean Girls, and I can't believe it's been an entire decade since we first met the Plastics, Cady, and "the coolest people you will ever meet," Janice and Damian. While Janice (AKA Lizzy Caplan) has been making a splash on Showtime's period drama Masters of Sex, we've been less informed about what Janice's bud Damian has been up to lately. Daniel Franzese may not be in the spotlight, but this actor has been working steadily since his iconic role in Mean Girls.

After his work as the "too-gay-to-function" Damian, Daniel has worked on several film projects that have been pretty different from the light-hearted fare that was Mean Girls. Franzese took a part in the film Cruel World (a horror-comedy that pokes fun at the reality shows we all secretly watch) and the controversial 2010 remake of the revenge film I Spit On Your Grave — definitely darker than his days in the halls of North Shore High School.

In the TV world, Daniel made appearances on shows like The Comeback, CSI, and Burn Notice. He reunited with Lizzy Caplan for an appearance on the short-lived, critically-acclaimed series Party Down as a guest star. Since then, he's worked on several shorts, including Shit Italian Moms Say and Playing With Dolls. And he's not just working on acting these days: he'll be directing his first documentary entitled Allee Willis Loves Detroit, set to be released in 2015.

Of course, no matter what he does, he'll always be Damian to us.

More like this
Amanda Seyfried Says She Felt Pressured To Shoot Nude Scenes At 19 Years Old
By Jake Viswanath
At 28, Lesley Manville Was Acting, Picketing, & Singing Kate Bush Songs
By Olivia-Anne Cleary
Reese Witherspoon Gave Fans Hope For 'Legally Blonde 3' After This Surprising Movie Inspired Her
By Jake Viswanath
22 Movies On Netflix That Are Perfect For The Whole Family
By Bustle Editors
Get Even More From Bustle — Sign Up For The Newsletter