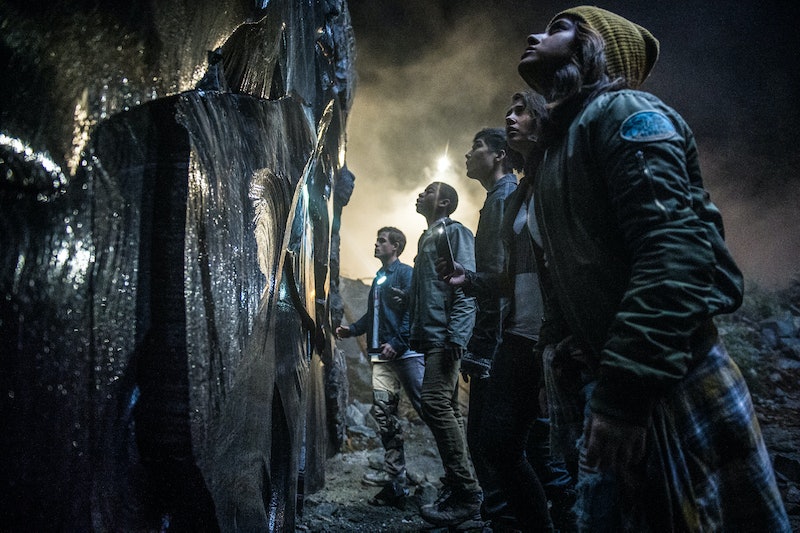 "It's Morphin time!" If you're an '80s or '90s baby, you know exactly where that is from — Power Rangers. Those words were a signal for you to stand up and act like you were going through a wardrobe transformation screaming "Saber-toothed Tiger," imitating whatever Power Ranger you wanted to become. And once the fighting commenced, you knew it was on. Well, that time has come again, as the new Power Rangers movie is set to come out on March 24, 2017, and the kids of this generation will get to see the heroes on-screen alongside plenty of nostalgic fans. Yet while I'm excited for the movie to come out, I'm hoping that Pink Ranger won't be a damsel in distress like she was in the original show.

Though the Power Rangers have gone through multiple versions over the course of several decades, most fans love the original Mighty Morphin' Power Rangers the most. Yet it was disappointing that for young girls like myself watching the show, the only female rangers present were the Pink Ranger or the Yellow Ranger. Most of the time, I hung on to Pink Ranger, aka Kimberly, as my favorite, because I loved that color and the fact that she had a boyfriend (I was young, OK?) But there were plenty of times where my cousins and I would roll our eyes whenever we heard Kimberly shout out "Tommy!" when she couldn't fight off an enemy on her own. It was cool that she had a boyfriend, but did she really need him to save her every single time?

Pink Ranger was a pretty hardcore fighter and gymnast, so it got to me that every time she was in a bit of trouble, she called on Tommy. I'm hoping that in the new movie, the character isn't a damsel in distress. She is perfectly capable of fighting off the world's enemies on her own, without the help of her boyfriend, and thankfully, based on the Power Rangers' trailer, it seems like the Pink Ranger will have superpowers equal to those of her male peers.

There is one part of the trailer that has me worried, though. From the looks of both the clip and promotional movie pictures, the Rangers appear to have a more modernized look, but the women's costumes are still rather sexualized, in my opinion. As you can see below, the women have form-fitting outfits that differentiate them from the other Rangers and their shoes have a sneaker-type heel. Seeing this makes me a little uneasy — why do the uniforms have to be this way? Will the female Power Rangers be separated from the pack by their gender?

I'm hoping it's not the case, and that the costume doesn't represent Pink Ranger's vulnerability in the new movie. I want my little niece to see this version of Power Rangers and only care about their fighting styles and their personal bonds, not their differences in gender. And even if there ends up being romance in the movie, I'm keeping my fingers crossed that the female ranger won't need saving from her boyfriend — I was over it as a kid, and it'll make me roll my eyes again if I see it happen in this reboot. The Power Rangers movie looks very promising, and here's hoping that it's getting rid of the damsel in distress situation fans of the original know all too well.