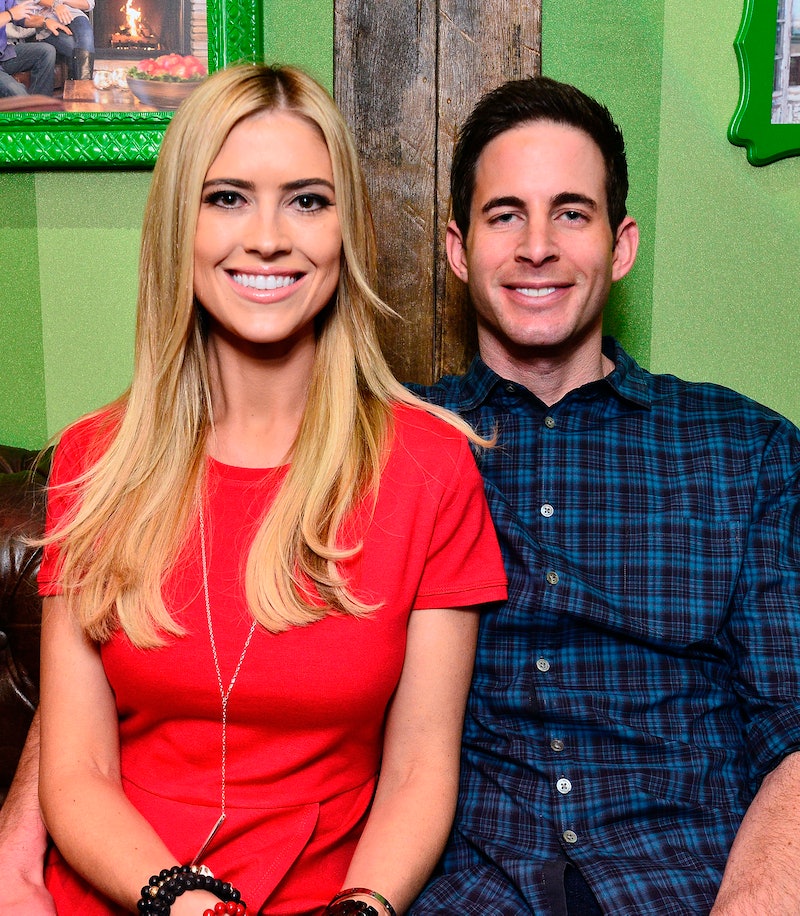 There are only a couple more weeks left in 2016 and another celebrity couple has decided to part ways adding to the long list of splits this year. The latest romantic fatality is brought to us by HGTV darlings Christina and Tarek El Moussa from the hit show Flip or Flop. The couple of seven years announced their separation on Monday, Dec. 12, which begs the question: Why did Christina and Tarek split up?

In a joint statement to People, the El Moussas talked about their decision to split and acknowledged an incident at their home earlier this year:

Like many couples, we have had challenges in our marriage. We had an unfortunate misunderstanding about six months ago and the police were called to our house in an abundance of caution. There was no violence and no charges were filed ... During the process, we are committed to our kids and being the best parents we can be. We will continue to work through this process civilly and cooperatively, and plan to continue our professional life together.”

Furthermore, the couple told the publication they are figuring out “the future of our marriage" while separated.

According to TMZ, on May 26 police were called to the El Moussas Orange County home following reports of a "possibly suicidal male with a gun." TMZ claims Tarek was on a hiking trail with the gun and told authorities he wanted to "blow off some stream," but not cause harm to himself, and that he allegedly brought the gun with him because of mountain lions and snakes.

As for any other possible stress on their marriage, Christina and Tarek told People months ago that renovations to their own home stressed them out.

“We ended up having to move out to a tiny hotel for three months,” Christina said. “Then we lived with my parents for another month, and then we still moved back into a construction zone for a few months.”

“So it’s been a stressful couple of years,” Tarek said.

Despite the incident that the El Moussas have now cleared up, the parents of 6-year-old Taylor and 1-year-old Brayden say they are committed to their children and intend to "continue [their] professional life together."

Now, the top half of that statement makes perfect sense, but as for the professional life part, do you mean to tell your loyal viewers that they can tune in to Flip or Flop and act like nothing has happened? Like your love of gutting out tattered old homes and refurbishing them from top to bottom won't be affected by your split?

In a statement to Us Weekly, representatives from HGTV said:

We admire and appreciate Tarek and Christina's great work on Flip or Flop. When it comes to matters related to their own family, we respect their privacy and honor any decision that works best for them and their children. HGTV is currently airing episodes of Flip or Flop and the series will continue production as scheduled.