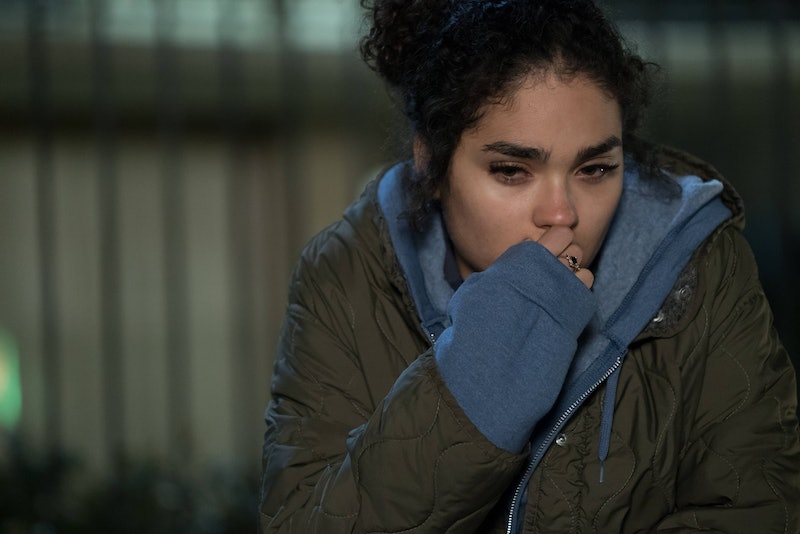 While I admire the fact that the title character of Star was willing to stab a man for her sister, I was quite surprised that the show went from the opening to vicious stabbing in, like, 10 minutes (seriously — check the time stamps of the show). After seeing Simone's foster father sexually assaulting Simone, Star got a big old knife from the kitchen and stabbed him a few times to get her to stop. He rolled over, bleeding, and the girls got their stuff together and high-tailed it out of there. There’s just one question — will Simone’s foster father die on Star ?

At the very, very end of the episode, his eyes opened, meaning that he was awake and alive — for the time being. Television shows do that “guy dies for a plot device” thing all the time, but in this case, I think it would be much, much easier if he ended up croaking. It seems to me that Simone’s foster mother knew what her husband was doing to Simone and didn’t (or couldn’t) do anything to stop it, so would she really be upset that her monster husband was dead? I doubt it. No one will miss him, and that’s why I think he’ll live to haunt Star and Simone. Seeing as he’s alive right now, he’ll be able to at least identify that something happened to him while he was on top of Simone — did he see it was Star that stabbed him? Would he even know who Star was?

Let’s say he lives and remembers everything — would he even bother to give up Star and Simone? Telling the authorities what happens means telling the authorities that he was assaulting his minor (I assume she’s a minor, as Star is not even 18 yet and she’s older) foster daughter, and he’s probably not that stupid (though he is certainly awful). That must be what Star is banking on at this point, because she has not a care in the world after that stabbing that man nearly to death. It seems to me that Star has a very, very light grasp on cause and effect. If he can pin the crime on Star and Simone, it could derail their whole plan of total world stardom. Nobody said the road would be easy, but I don’t think Star and Simone thought it would be this hard.

More like this
Netflix Just Rebooted A Classic ‘90s High School Drama
By Maxine Harrison
Every Horror Movie Reference In The 'PLL: Original Sin' Premiere
By Alyssa Lapid
You Can Now FaceTime With 'Bridgerton's Regé-Jean Page
By El Hunt
Does 'Locke & Key’s Ending Mean There Could Be A Season 4?
By Sophia Moore
Get Even More From Bustle — Sign Up For The Newsletter