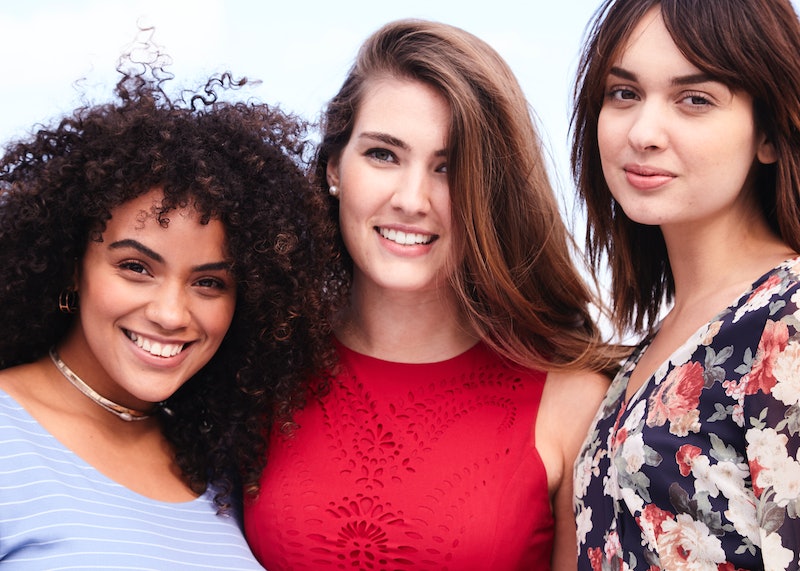 This election probably felt like hitting rock bottom for many women (though maybe not the 53 percent of white women who voted for Donald Trump). But it seems that this train wreck of an election has a silver lining. In fact, thousands of women want to run for office now than before Election Day.

Women are severely underrepresented in political office in the United States. In 2014, The Nation ran an article that said "at the current rate of progress, it will take 500 years for women to reach fair representation in government." That is bleak. But then we got our shot at the first-female president. We were on our way to some level of political equality. And then on Nov. 9, we were left standing out in the cold in our pantsuits and "nasty woman" t-shirts.

But according to the non-profit She Should Run, interest in running for office among women has skyrocketed since the election. She Should Run, which creates programs to encourage and prepare women to run for office, said that 4,500 women have registered to run through the non-profit since the presidential election. Speaking to Time, one woman, Courtney Peters-Manning. said she joined She Should Run because, “The election was a kick in the pants that I had to step up and be more involved,” adding, “I’m hoping to learn where to start. I had a dream. I needed something concrete to push that dream forward.”

She Should Run has an incubator program that assists women in learning how to run for office through online courses and a network of female politicians ready to lend a hand. CEO and co-founder Erin Loos Cutraro said she was only expecting a fraction of the interest they received after the election. However, when she saw the growing interest, Cutraro attributed it to women wanting, now more than ever, to be involved in taking the country in the right direction.

“They feel compelled and want to be part of a fabric of voices that are wanting to be heard and wanting to make the case for smarter policy solutions and be part of that,” she told Time.

According to the Center for American Women and Politics, the percentage of women at every level of government in this country hovers around 20 percent. The lowest representation is among city mayors, and the highest is among state assemblies, but women still only make up a quarter of state assembly members in the country.

When women run for office, they win at the same rates as men, according to the She Should Run website. So why aren't they running? She Should Run argues that women are not encouraged or recruited to run as much as men are. Women also self-doubt their qualifications far more than men do.

Researchers insist that sexism isn't the reason more women aren't in office. Danny Hayes and Jennifer L. Lawless, authors of Women on the Run: Gender, Media, and Political Campaigns in a Polarized Era, wrote in the Washington Post, "Women are under-represented not because of what happens on the campaign trail, but because they are much less likely to run in the first place." However, sexism may now be the reason more women will run for office.