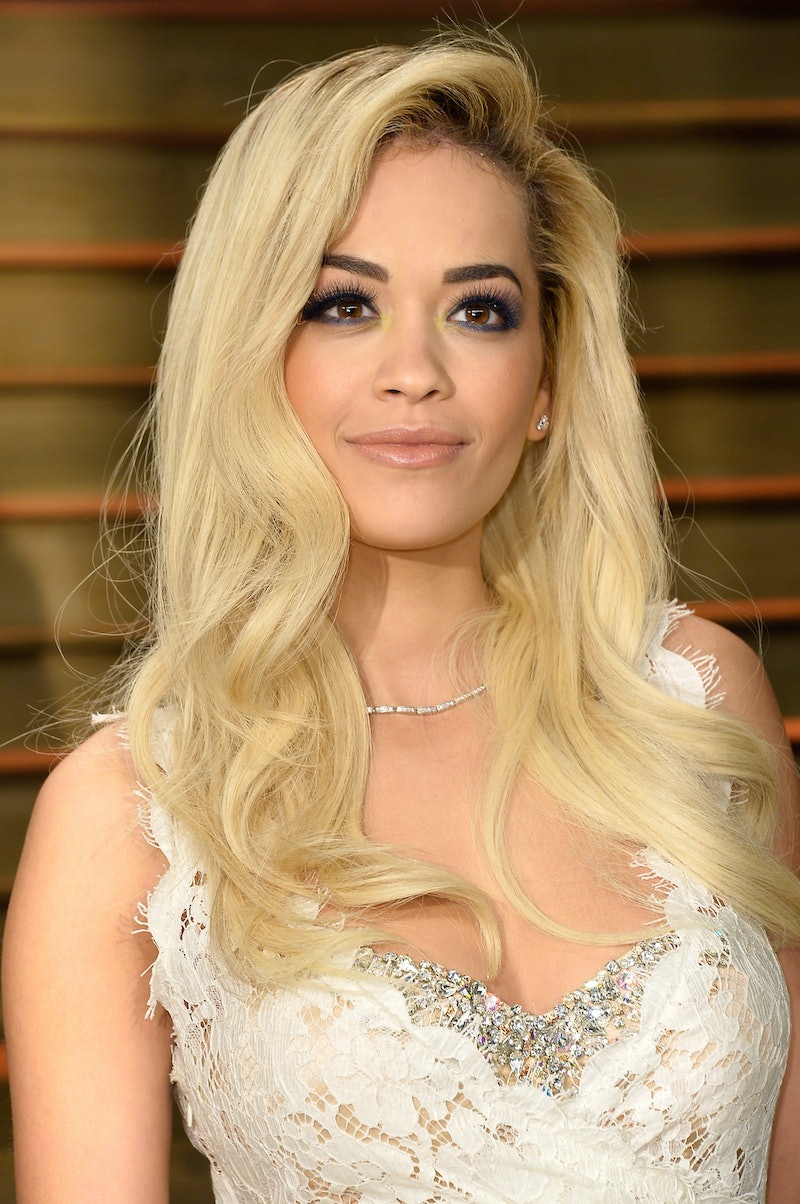 Fashionable British pop princess Rita Ora is in love, and she doesn’t care who knows it! In a recent interview with ELLE UK Magazine, Ora gushed about her relationship with Scottish EDM producer Calvin Harris: “…he got something out of me that I never thought I had. Yes, like falling in love. I just didn’t think I had it. I’d never experienced it before. And I was just like in the wilderness, thinking, ‘Will it ever happen?’” She was in the wilderness? Was that a “Like a Virgin” reference? How dramatic! Cheese factor aside, you can definitely feel and hear the love in Ora’s new music — and that’s a great thing. Just a few days ago, Ora released her brand new single, “I Will Never Let You Down,” along with its accompanying music video.

The song represents a totally new direction for Ora — and for Harris, too! The couple worked together on the track, which has a distinctly 80’s vibe far different from the urban-tinged pop we heard on Ora’s debut (and miles away from Harris’s typical EDM sound). In some ways, “I Will Never Let You Down” reminds me of the fun, carefree vibe present on Whitney Houston’s legendary Whitney album (“I Wanna Dance With Somebody,” “So Emotional” etc.) In fact, I think it’s one of Ora’s finest efforts to date.

Describing how this new project will be different from her debut, Ora told ELLE UK: “I didn’t know what the f--- I was doing on my first album, let’s be honest. I was a kid having the time of my life. And I made a party album — party and bulls---. This time, I’m still having a great time, but I’m in a great, loving place. Now I want people to see you can have fun and be in love at the same time.”

That “great, loving place” Ora says that she’s in can clearly be felt on “I Will Never Let You Down.” Gone is the bravado of songs like “Facemelt” and “R.I.P.,” which always felt kind of unnatural and put-on, anyway. Instead, Ora gives us a genuine, uplifting pop song with a triumphant chorus and an irresistibly inspiring message:

When you say you’ve had enough and you might just give it up,

Oh, oh, I will never let you down!

When you’re feelin’ low on love, I’ll be what you’re dreamin’ of,

Oh, oh, I will never let you down!

It certainly seems like Ora’s relationship with Harris, which has been going on since last May, is a really positive development for her! Unfortunately, she wasn’t able to crack the notoriously difficult U.S. music market with her 2012 debut album, Ora. Maybe this time around, some of Harris’s stateside success will rub off on her. Anything’s possible!

Check out the vibrant music video for “I Will Never Let You Down” below! Ora’s sophomore album is due to be released later this year.