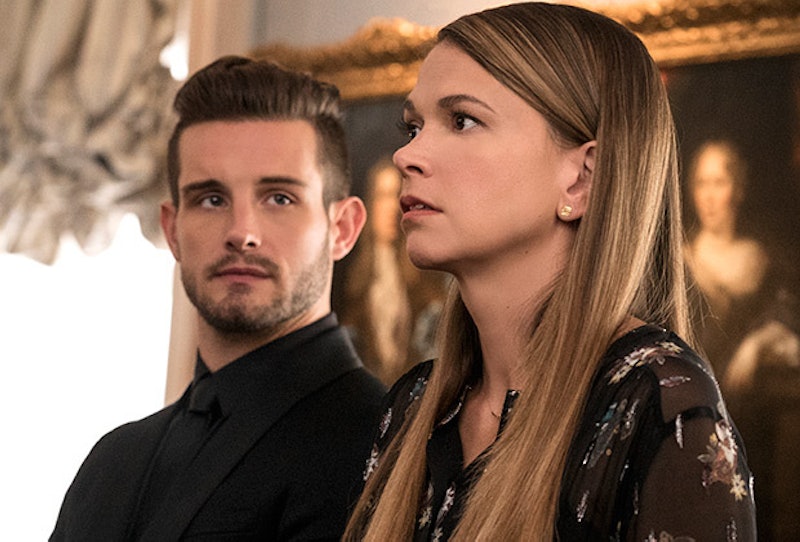 Younger may not be getting as much buzz as it did when it premiered, but three seasons in, and it’s still one of the most delightful shows on television. In the wake of a fall programming slate that included Westworld and This Is Us, the TV Land dramedy felt airy, light, and fun — a perfect, midweek pick-me-up from its excellent but intense counterparts. Now, as holiday favorites and Harry Potter reruns return to overtake the end-of-year schedule, Younger will once again be winding down. On Wednesday, Dec. 14, its third outing will wrap with what looks like a jaw-dropping one-hour finale, but when does Younger Season 4 premiere?

TV Land renewed the series in June — before Season 3 had even kicked off — but the network has yet to announce an official premiere date. Younger hasn’t exactly maintained a strict plan when it comes to the calendar, but it does stick to a rough time frame. Seasons 1, 2, and 3 were all approximately six to seven months apart, so Younger should be back this summer, somewhere between June and July. That’s actually not too bad in the scope of things, considering some shows can spend over a year in production. That being said, there’s a lot that needs to be resolved as the series presses forward.

Remember Liza's husband? Yeah, he's still around, and he somehow thinks there’s a chance she’ll want to get back together. (That hospital convo when she was out-of-her-mind on painkillers probably didn’t help).

Yep, that pesky Josh-Liza-Charles love triangle is still hanging over our heads, and there’s been some crazy tension between both parties all season. Though Liza seems to be happy with Josh, it's clear they’re on entirely different pages when it comes to their future. Not only is Josh a little self-conscious about the life Liza had before she met him, he’s suddenly really invested in the idea of kids, and Liza isn’t really on board. Plus, her chemistry with Charles is very much intact, and I’d bet good money that he’ll be the recipient of that little “free pass” Josh gave Liza back in the Nov. 9 episode, “Ladies Who Lust.”

Of course, there’s always the question of how long Liza can keep up her charade. She’s gotten close to being outed on numerous occasions, and eventually that storyline will grow stale. I would hate to see such a charming series follow in the footsteps of How I Met Your Mother and risk losing quality for the sake of staying on air, but something tells me the series would lose a lot of pull if it cut its driving plot.

Absolutely no details have emerged about Season 4 aside from the fact that it’s happening, so all that’s left to do is sit here and silently urge Liza to get her sh*t together. Younger producers will have a lot to address when they start crafting Season 4, but here’s to hoping they’ll tie up at least some loose ends in Wednesday night’s finale.