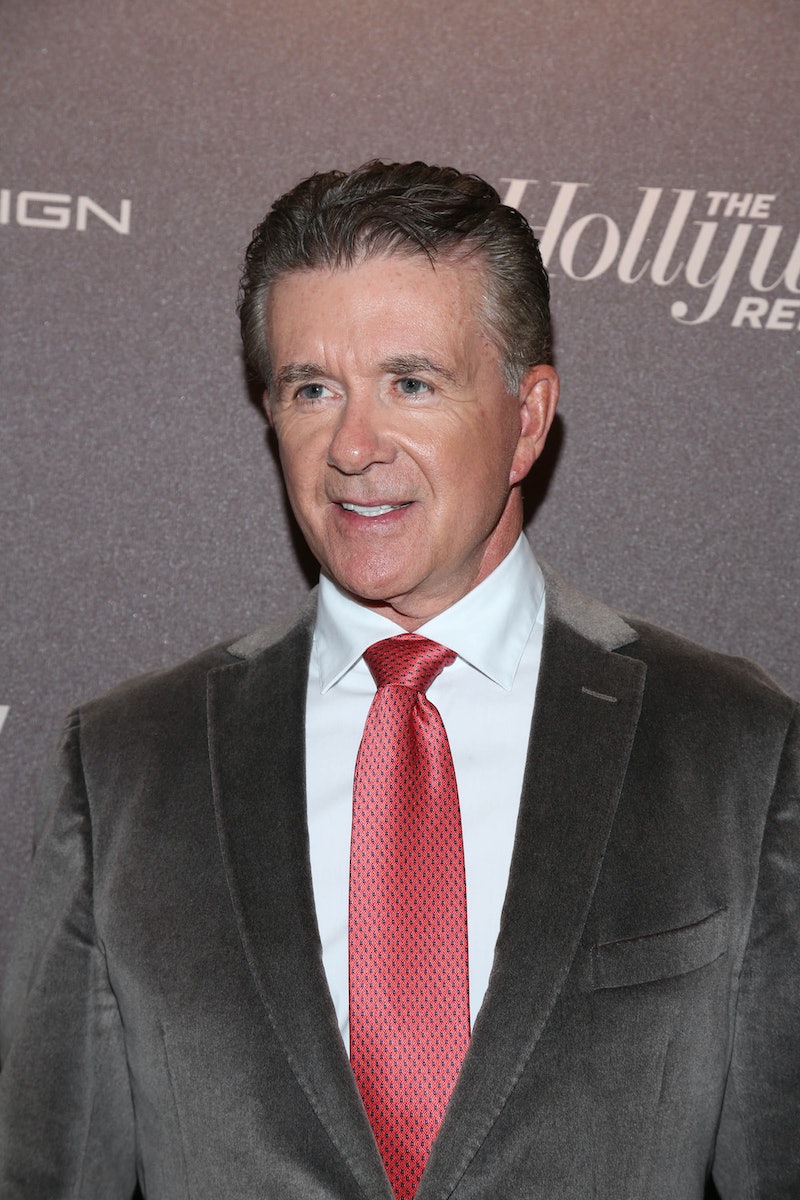 Growing Pains star, game show host, and theme song composer Alan Thicke died on Tuesday, his publicist confirmed to The Hollywood Reporter. As TMZ reported, the beloved actor had a heart attack while playing hockey with his son Tuesday afternoon. According to TMZ, he was rushed to Providence St. Joseph's Medical Center in Burbank, Calif., where he was later pronounced dead. He was 69.

Best known for his iconic role as the patriarch of the Seaver family, Thicke also appeared in a number of television shows over the course of his career, including Married… with Children, The Bold and the Beautiful, The Love Boat, Hope & Gloria, How I Met Your Mother, jPod, the L.A. Complex, and Fuller House. In addition to being a venerated sitcom star, a game show host, and a late-night chat show host, Thicke was an accomplished songwriter, too: the multihyphenate composed the themes for popular shows Diff'rent Strokes, Wheel of Fortune, and The Facts of Life.

Thicke is survived by wife Tanya and sons Brennan, Carter, and "Blurred Lines" pop singer Robin. In his statement to The LA Times , Robin said father was "the greatest man I ever met." Our thoughts are with his family during this difficult time.

More like this
Who Is Bad Bunny Dating? Gabriela Berlingeri's Vocals Are Featured On His Song "En Casita"
By Radhika Menon
Who Is Camila Cabello Dating? She's Getting Cozy With Lox Club CEO Austin Kevitch
By Radhika Menon
Leona Lewis & Husband Dennis Jauch Welcomed Their First Child
By Darshita Goyal
Dane Cook Is Engaged To Kelsi Taylor After Dating For 5 Years
By Danielle Jackson and Radhika Menon
Get Even More From Bustle — Sign Up For The Newsletter