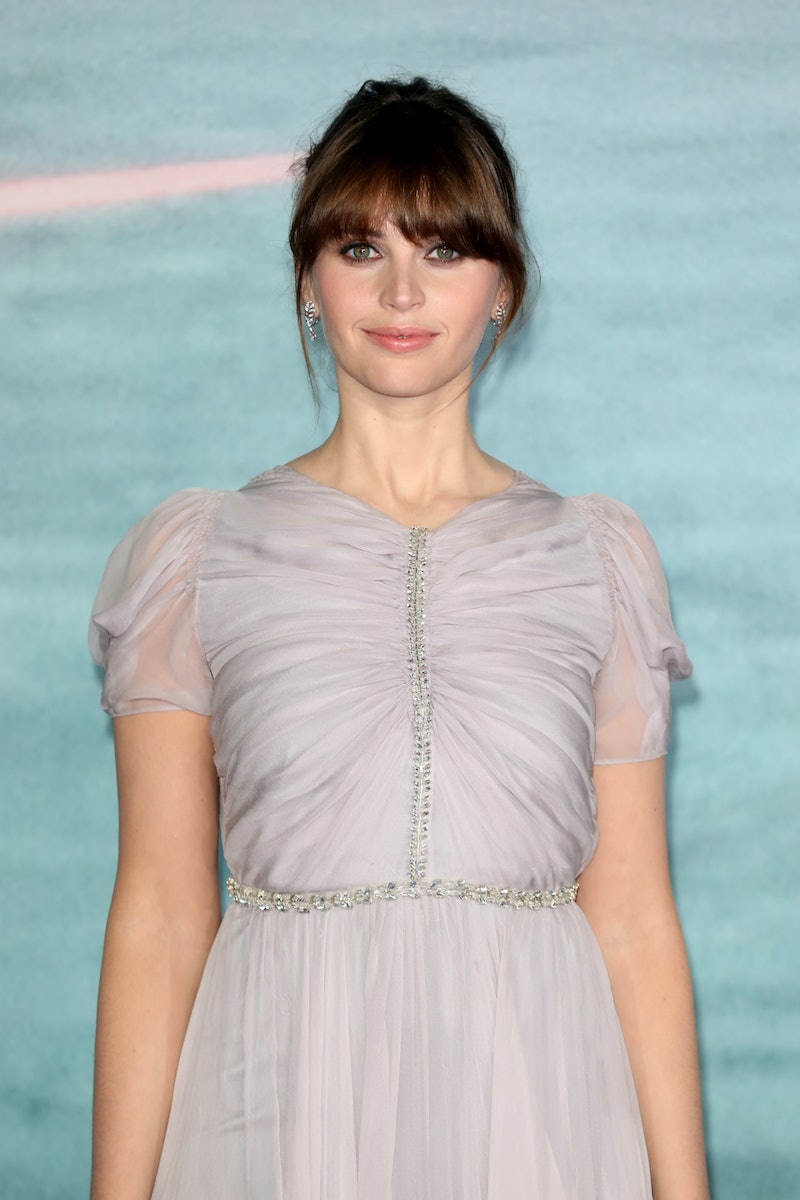 For Star Wars die-hards psyched AF for the release of Rogue One, look to the film's star, Felicity Jones, to be your new badass hero. Though Jones' public life is very much on display — she was nominated for the Best Actress Academy Award for her role as Stephen Hawking's wife in The Theory of Everything, after all — her private life is something that she keeps more close to the vest. But perhaps that is all about to change with the massive, life-changing fame that comes with starring in such an iconic and long-lasting film franchise. For starters, fans may wonder, who is Felicity Jones dating?

It seems like the Rogue One star is happily off the market, reportedly dating director Charles Guard for over a year and a half. Though Jones has not publicly spoken about her boyfriend, their relationship is confirmed in Jones' Hollywood Reporter interview, and the two were even caught by paparazzi holding hands while at JFK airport in November (check out the photo below). Prior to dating Guard, Jones was in a 10-year relationship with sculptor Ed Fornieles, whom she met at Oxford, Heavy.com reported. So there you have it, Star Wars fans.

While you most likely already know exactly who Jones is considering you're reading this post, you may not be as familiar with Guard. According to his IMDB page, the director — like Jones — is British. Plus, he directed the horror movie The Uninvited, so while you may not be familiar with his name or face, you probably know that creepy film. Other directing credits include the shorts Round About Five and Inside-Out (not the Disney film).

And while I'm happy that Jones seems to be so happy with Guard now, let's talk about the fact that the Academy Award nominee is starring in her own Star Wars franchise. 'Cause, yeah, yay relationships, but yay incredible talent and badass women doing badass things, too.