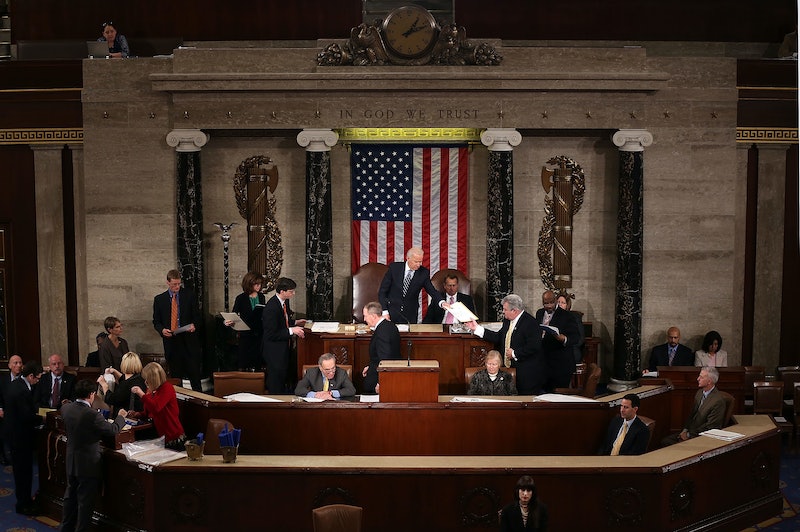 The upcoming Electoral College vote is receiving a significant amount of attention due to speculation as to whether the College will try to block controversial president-elect Donald Trump. Though the move would be highly unprecedented, it's raising a lot of questions. Considering the impending arrival of the vote on Dec. 19, it's crucial to take a closer look at the voting process, particularly at who counts the Electoral College votes.

Counting of Electoral College votes actually occurs at two levels, the state level and the federal level. State level procedures take place on Dec. 19, where 538 electors representing all 50 states plus the District of Columbia come together at separate meetings in their respective capitals. At these meetings, electors cast their votes separately for president and vice president and the votes are counted by tellers, who are usually electors themselves. These votes are then recorded on a document called a certificate of vote, and sealed and sent to the president of the Senate, as well as several other federal and state offices.

The nationwide Electoral College vote count actually does not occur until Jan. 6, 2017. On this date, a joint session of Congress is convened by the president of the Senate, who is also the vice president of the United States, Joe Biden. Counting procedures for tallying the Electoral College certificates of vote submitted by the states and the District are very specific and delineated in writing.

In general, while counting procedures may differ slightly from state to state in terms of who is selected to count votes and how many people count them, the process is fairly straightforward overall — electors cast their ballots, tellers count them, and then the votes are recorded, certified, and sent to the federal government. At the federal level, vote counting is a very specific process conducted by pre-selected tellers in accordance with codified procedures, since this is the point at which the official declaration of president and vice president is made. Overall, it will be interesting to watch the vote counting process unfold at both levels in light of the increased attention on electors.