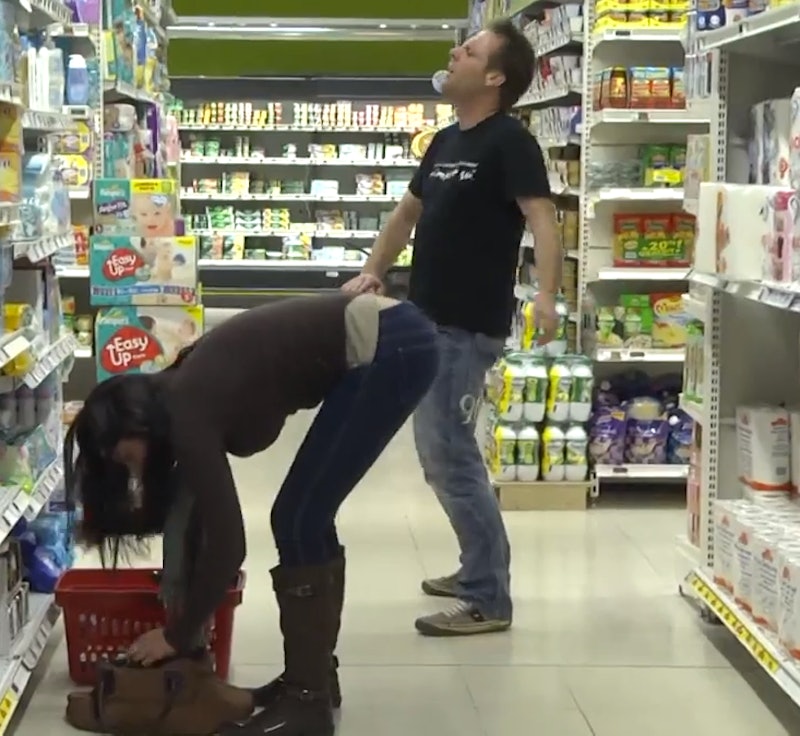 You know what's awesome? When you're going about your day and some guy decides to simulate having sex with you in order to make a viral video. Said no woman ever.

In the latest example of scumbag comedy that's going around the web, Rémi Gaillard, a Canadian "comedian" and absolute prince of a guy, goes around standing near women who are reading in the park or bending down to pick something up and mimes having sex with them. And just to make everything as gross as it can possibly get, the video is titled "Free Sex."

Seriously, though, how messed up do you have to be to see women just out in the world being normal people and think that they are somehow fair game for this kind of prank? I mean, they didn't even edit out the women's reactions once they realize this weird guy is making sex motions in their immediate vicinity. But I guess the looks of confusion, disgust, and alarm are funny, too. Making women feel threatened and uncomfortable – it's comedy, guys! But people say we don't live in a rape culture.

Seriously, this whole thing just perpetuates the idea that by simply being in public, women are somehow inviting sexual attention. So. Freaking. Gross. And yet somehow this delightful "comedy" has over 4 million views? God, I need a shower.