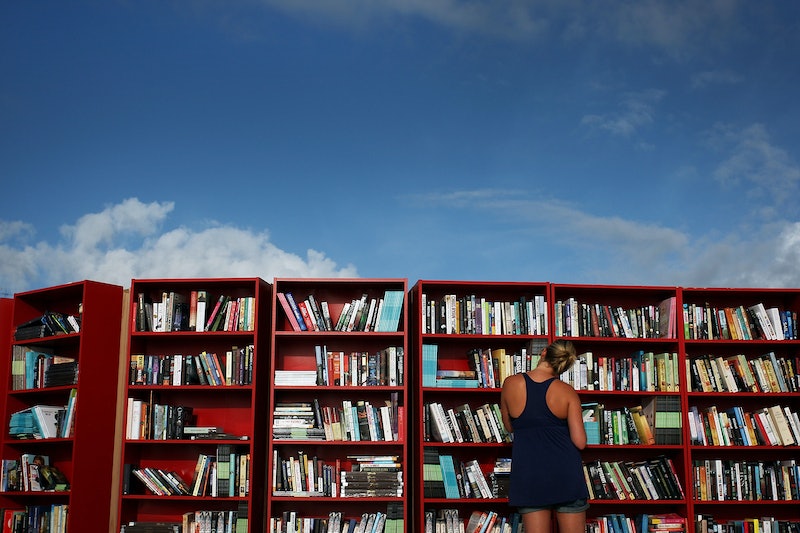 Tuesday was April Fool's Day, and the best joke of 'em all may have been NPR's genius prank on non-readers. To be clear, that's not people who don't read regularly. Rather, NPR's prank exposed a whole lot of people for a far more embarrassing behavior: Commenting authoritatively about articles they never read.

The trap was simple and effective: an article, titled "Why Doesn't America Read Anymore?", paired with a generic header image of nondescript books along a shelf. When clicked on, it's revealed that the article is actually a devious ploy — the body text is just a paragraph or so long, detailing NPR's suspicion that people have been commenting on their stories without reading them, and imploring readers to help them out with their crafty scheme.

Well, it turns out they got the right sense of things. By the end of the day, a slew of hapless Facebook commenters, having no idea how silly they'd make themselves look, offered their trenchant analyses of America's unwillingness to read.

The thread on NPR's Facebook post linking to the article boasts over 1,600 comments since it went up two days ago, and while more and more people seem to get the joke as time stretches on, a staggering number were duped completely. It's almost as if they never clicked the link at all!

It just goes to show that for some people, glimpsing a provocative headline on its own provides everything they need to know. Props to you, NPR.

More like this
Taylor Swift, Kerry Washington & More Speak Out On Uvalde Mass Shooting
By Jake Viswanath
TikTok Is Using A Kendrick Lamar Song To Post Thirst Traps
By Courtney Young
What Does “Gatekeeping” Mean On TikTok? The Viral Term, Explained.
By Courtney Young
Is TikTok’s “Villain Era” Trend Just An Excuse For Bad Behaviour?
By Chanté Joseph
Get Even More From Bustle — Sign Up For The Newsletter