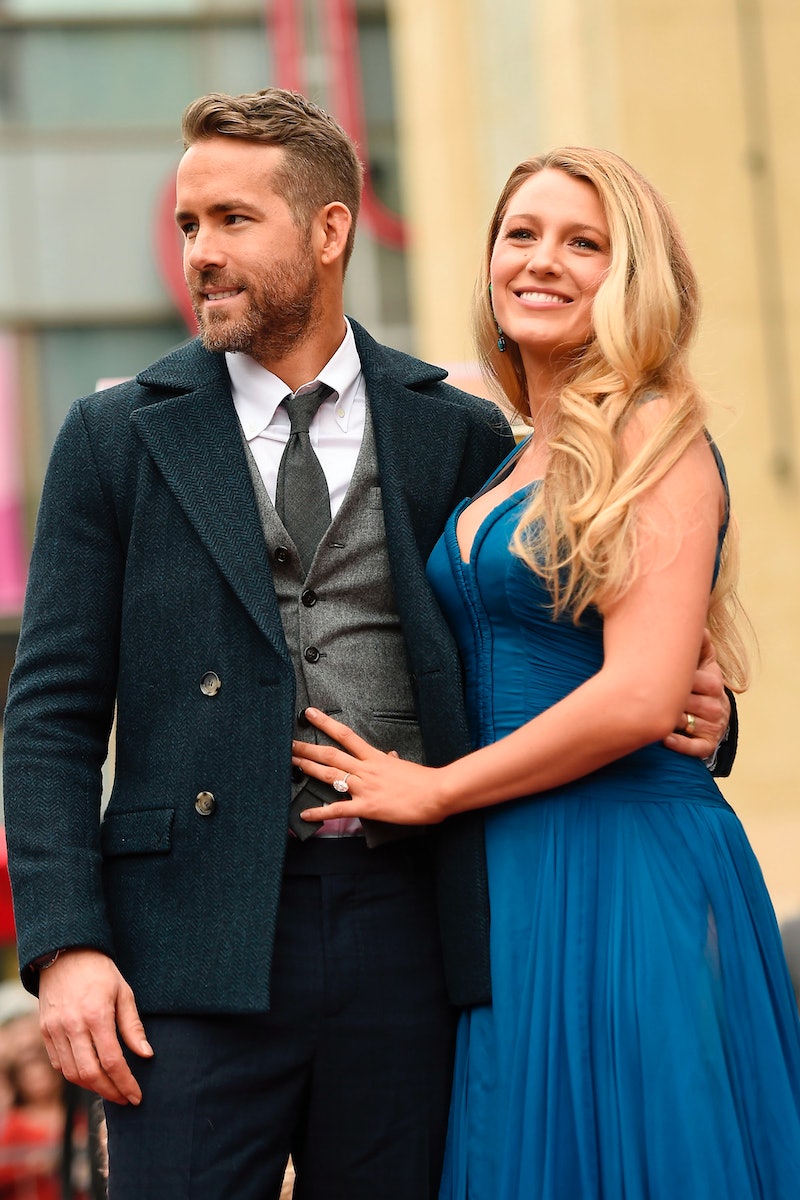 If you needed more proof that this celeb couple worships one another, here you go. On Thursday, Blake Lively praised Ryan Reynolds and his Walk of Fame star with the sweetest message and photo on Instagram. Alongside an image of Lively, Reynolds, and their daughter James' feet standing on the Deadpool actor's star, she wrote, "Proud is a pitiful word to describe how I felt today. @vancityreynolds The permanence of your impact is undeniable ...Always has been, but now we have a fancy [star emoji] to show for it." They never fail in gushing about one another and showing just how much they support each other's achievements.

On Thursday, Reynolds was presented with his very own star on the famous walk in Hollywood. Of course, he also said some of the most heartfelt words about his wife during the event. "I want to thank my wife, Blake, who is sitting right there, who is everything to me. You are the best thing that has ever happened to me," he said to Lively. "You make everything better. You make everything in my life better. You've given me two of the most incredible children I've ever hoped to have."

Are you swooning yet? They really do make a fantastic couple and how can you not love them together?

During the major milestone for Reynolds, he and Lively's two daughters also finally made their official public debut. Their firstborn, 2-year-old James, almost stole the show with her Converse sneakers, curly blonde hair, and her unforgettable facial expressions. She clearly belongs to Lively and Reynolds.

As for their second-born, also a girl, well, they didn't reveal her name during Thursday's ceremony, but at least fans got to see her in the flesh. She is so tiny, and can we talk about when she was all snuggled up in Reynolds' arms? The cuteness is real.

Lively and Reynolds not only are couple goals, but also family goals. The love they hold for each other and their children is beautiful.