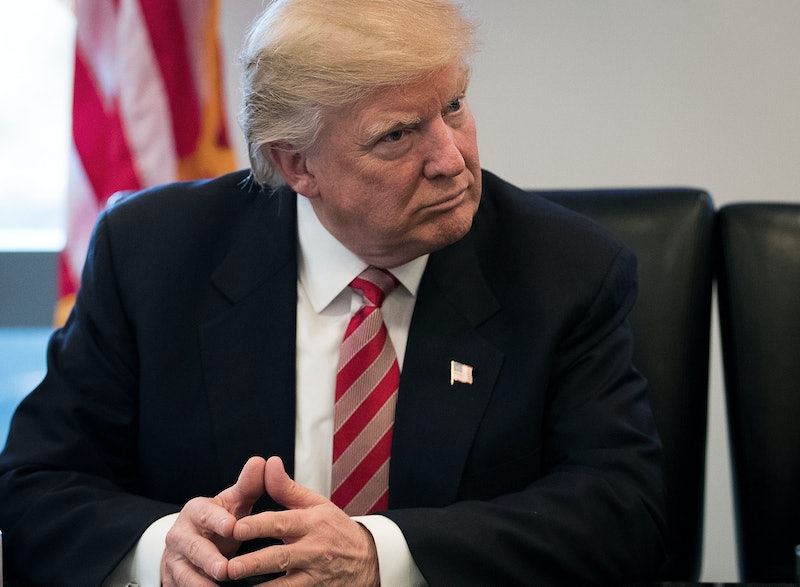 Amid all the hype about Donald Trump's presidential appointments, one particularly important one slipped through the cracks of popular attention this week. David M. Friedman, a vocal supporter of far-right Israeli issues, was named Trump's ambassador to Israel on Thursday. “His strong relationships in Israel will form the foundation of his diplomatic mission and be a tremendous asset to our country as we strengthen the ties to our allies and strive for peace in the Middle East," Trump said in a statement regarding the appointment.

Friedman, a bankruptcy lawyer whose Manhattan office is just a few blocks downtown from Trump Tower, was appointed to Trump's advisory staff during the campaign. (Side note: Friedman is not to be confused with another David M. Friedman of New York, who penned A Mind of its Own: A Cultural History of the Penis.) Although lacking in diplomatic experience, Friedman has strong and controversial opinions about his future area of work, apparently one of the few job requirements for any given position in the Trump administration.

For instance, as a columnist for Arutz Sheva, a Religious Zionist media organization in Israel, Friedman compared J Street, a liberal Jewish lobbying organization, to "kapos," or Jews who cooperated with the Nazis during the Holocaust.

"Are J Street supporters really as bad as kapos? The answer, actually, is no. They are far worse than kapos," Friedman wrote in a column earlier in 2016 encouraging Zionist Americans to vote for Trump. "They are just smug advocates of Israel’s destruction delivered from the comfort of their secure American sofas — it’s hard to imagine anyone worse." Friedman's appointment is a signal to anyone hoping for a peaceful two-state solution to the Israeli-Palestinian conflict that things will likely get much worse before (or if) they get better.

Although U.S.-Israeli relations are generally considered key to a stable Middle Eastern region due to the United States' large military presence there, Friedman's ultra-conservative views could risk further destabilization in Palestine. The tensions between Israelis and Palestinians in the West Bank settlements are already threatening to boil over, and Friedman's position on Israel annexing the West Bank could exacerbate that conflict. Maintaining equilibrium in Israel right now seems especially important given the ongoing war in its neighboring Syria, but Trump's appointment may disturb that balance.

Keeping up with U.S. foreign relations is a tough, exhaustive job, but this is an especially important appointment to pay attention to. Trump is now pushing a mainstay of U.S. foreign policy way too far to the right and there is almost certain to be international recoil in some form. Friedman could end up being a deceptively important member of Trump's administration, and as a result, may complicate the United States' relationship with many other countries interested in brokering peace between Israel and Palestine.