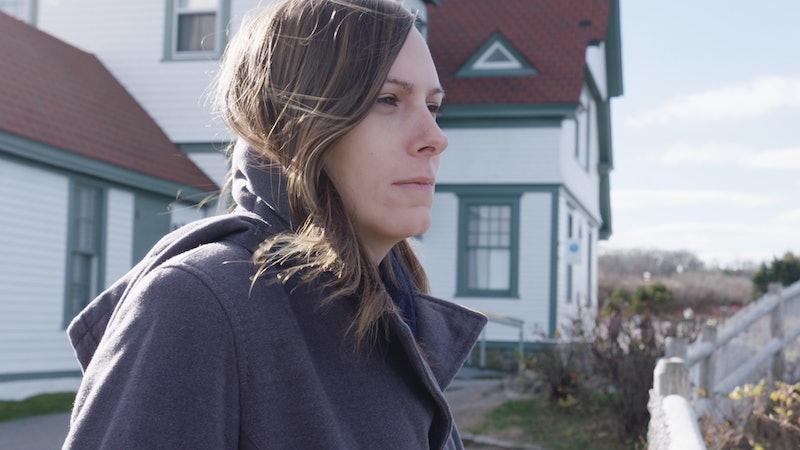 We are currently experiencing an epidemic of deadly violence against trans people. More transgender people were reported murdered in 2016 than any other year in history, according to a report by the Human Rights Campaign.

In the latest episode of the NSFWomen docuseries, Bustle spoke to Jacie Leopold, LaLa Zanell, and Dari Minaj — three transgender women — about the dangers and discrimination they face in the world at large and in the workplace.

On Dec. 21, 2014, Leopold, a chef at a restaurant in Hot Springs, Arkansas, says she was brutally attacked by her co-workers at a Christmas party. Leopold says that the attack left her with a fractured skull, fractures in her nose, a shattered orbital socket underneath her eye, and bleeding and swelling. The physical and emotional trauma of her violent attack left her afraid to return to work. "That's when it kind of dawned on me how serious this was," Leopold tells Bustle.

The frightening reality is that Leopold represents 90 percent of transgender workers who have reported experiencing discrimination or harassment at work. And that's if they are lucky enough to be employed in the first place — the 2015 U.S. Transgender Survey (USTS), researched by the National Center for Transgender Equality, reported that 15 percent of its respondents are unemployed, three times higher than the national average. The USTS also reported that 29 percent of its respondents live in poverty.

In addition, according to a 2011 survey conducted by the National Center for Transgender Equality and National Gay and Lesbian Task Force, 16 percent of surveyed respondents said they had been "compelled to work in the underground economy for income (such as doing sex work or selling drugs)."

So why is it so hard for transgender people to find work? There are a number of reasons, and some are systemic.

Take for instance that, currently, only 19 states and the District of Columbia prohibit employment discrimination based on gender identity or expression. Arkansas, where Leopold used to live, is not included on this list; Maine — where she now lives and works — does provide this protection.

Zanell, lead organizer at The Anti-Violence Project, an organization that serves New York's LGBTQ+ and HIV-affected communities, says there are other issues that compound trans people's difficulties when finding employment.

"A lot of [trans] people can't get past the entry points. Sometimes their documentation doesn't match who they are," Zanell tells Bustle. "People think 'Oh, you just get it changed.' Some states don't allow you to do that. Some states are like, you can change your name but you can't change your birth certificate. So now you have your name changed but your birth certificate [isn't] so now they're saying you're being fraudulent. You're trying to fool us."

For Minaj, being able to express herself as a woman in her workplace is nearly impossible because Minaj is a classically trained ballet dancer. "I definitely wanted to portray the female role," Minaj tells Bustle, but, she says, "ballet is very strict."

While Minaj strips off her makeup and wigs to reprise male roles during her ballet performances, she longs for the day when she can don a tutu. "I can't do it because it is not accepting, but secretly I do want to take it and wear it."

In recent years, transgender people have been gaining more media attention. Unfortunately, it has been because of the acts of discrimination they have experienced. Forty-one percent of transgender or gender nonconforming individuals have attempted suicide, according to the American Foundation for Suicide Prevention and the Williams Institute at UCLA School of Law.

Women like Leopold, Minaj, and Zanell are speaking up and hoping their stories will help other transgender people.

"I want people to know that we're just normal people living our lives and we're no different than anybody else. We have the same hopes, dreams, and aspirations as anyone else," Leopold says.

Zanell says she will continue to fight for workplace rights for transgender people. "We have all this visibility, but visibility won't save us," she says. "Some employers don't have an understanding of why not hiring a trans person is an act of violence."