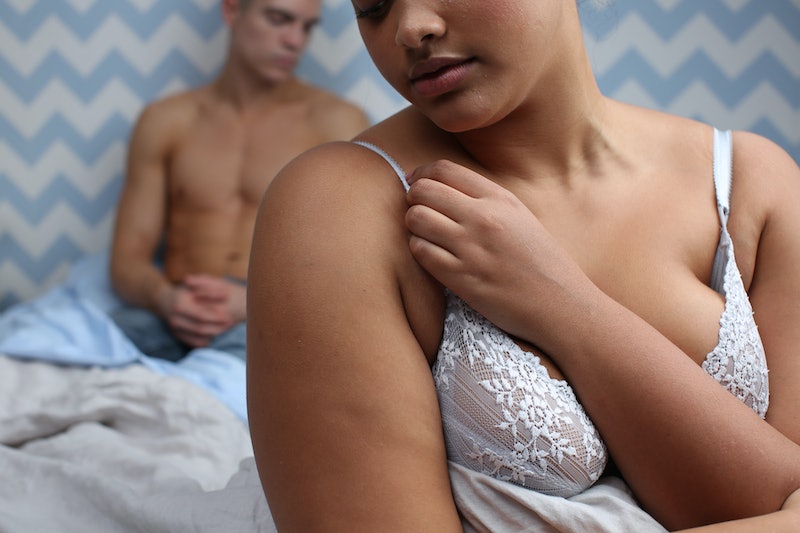 Sometimes you might feel off. Maybe someone stole your cab or cut you in line at Starbucks, are you're pissed AF (and in serious need of that caffeine). These mood swings happen, but there's nothing too drastic in such a shift. However, recognizing the signs of bipolar disorder, as opposed to just mere grumpiness and annoyance can help you decide whether or not you need additional support and guidance from a professional in managing a more chronic condition, long-term.

As a certified health coach, I work with clients on tuning into their minds and bodies to find clarity and connection. Sometimes together we find that a mental disorder, like bipolar disorder, could be contributing to some of the struggles they are finding in life, simply because they don't know how to address them in a proactive way. Once a disorder is diagnosed, the progress and maintenance can begin in helping them gain more control over their lifestyles, behaviors, and thoughts. If you think you might be bipolar, look for these 11 symptoms and seek help from a professional to decide whether a proper diagnosis is in order and the subsequent steps needed to improve your wellbeing.

According to Stephen Grinstead, Dr. AD, LMFT, ACRPS, expert writer for Pro Corner on Recovery.org, over email with Bustle, if there's a period of time where you don't feel like yourself, it could signify a greater shift in mood that might actually be chronic and associated with a mental disorder. If this time period is prolonged, and you see some other factors, it might be wise to get checked out.

I get being angry at a barista who messes up your drink order, but a scene or rumination aftermath shouldn't be necessary. If you're experiencing "increased irritability, where sudden aggressive outbursts are experienced resulting in picking fights, starting arguments or shouting," advises Grinstead, then it might be a sign of bipolar disorder. These bouts of irritability associated with bipolar disorder might also be short-lived, switching to happier, more manic episodes thereafter.

I'm all for confidence. It's great to feel in control and powerful, as it can boost wellbeing and happiness. However, there's always potential for too much of a good thing. "Heightened self-confidence, leading to misjudging personal abilities, performance and beliefs," says Grinstead, could be a factor in diagnosing bipolar disorder. If this symptom is paired with a few others, it might be worth meeting with a doctor to rule out bipolar disorder.

Most people feel super weary when unable to sleep, and the lack of hours definitely catch up to them in decreasing their performance; however, if you're losing sleep but oddly enough feel okay not getting those hours, you might be bipolar. Of course, there are many other reasons why you might be losing sleep not associated with bipolar disorder; however, if you notice other symptoms, it could be a sign. "Loss of sleep coupled with a decreased need for sleep," is a warning for the condition, advises Grinstead.

If you're acting out in excessive ways, that are mostly associated with grandiose expressions or luxurious purchases, for instance, it could be a sign, advises Grinstead. Grinstead warns against "excessive spending leading to money issues" and "developed tendencies for excessive, foolish, and risky behaviors." This behavior might be due to other psychological issues or stresses, rather than bipolar disorder.

Grinstead says that common signs could be "a state of euphoria leading to much more energy and excitement than usual," as well as, "extremely talkative from an increased energy." If your nature is more intense and you're super bubbly, more so than usual, it's worth seeking help and guidance from a professional, if you're showing other signs of bipolar disorder, as well. This can be described as mania, where you're grandiose in behavior.

Grinstead says that when "racing thoughts become uncontrollable" or you're "easily distracted by external factors that lead to difficulty concentrating and staying on track on a task at hand," you might be suffering from bipolar disorder. Other life factors can mess with our ability to concentrate, so it's not a definite ruling for bipolar disorder. If you have other symptoms, then consider it a possibility. Likewise, a "flight of ideas or subjective experience that thoughts are racing – feeling like you have too many ideas, and darting from one topic to another," says Carrie Bearden, Ph.D. at UCLA's Semel Institute for Neuroscience and Human Behavior over email with Bustle, is common.

8. Sexual Behavior That's Out Of Character Or Dangerous

If you're bipolar, you might be friskier than usual, advises Grinstead. Grinstead warns against "a rise of interest in sexual relations," and while this isn't necessarily a bad thing, it can become excessive or dangerous (as many behaviors do when someone has bipolar disorder). Feeling highly sexual isn't always a clear indicator of bipolar disorder (the average person can feel heated at times), but if you're noticing other aspects of the illness within your life, or your behavior seems drastically unlike your usual self, consider speaking to someone for help.

While being social is a good thing, being too social can sometimes become excessive, and doing sporadic, unexpected things to your friends can be burdensome and off-putting, if they're inappropriate, advises Grinstead. Grinstead says someone with bipolar disorder might expect "a surge in social outgoings or behavior." For example, "you telephoned friends in the middle of the night," Grinstead adds. Bearden adds, you might expect an "increase in goal-directed activity (either socially, at work or school, or sexually) or psychomotor agitation (i.e., purposeless non-goal-directed activity)." If these behaviors have become a pattern, and you're showing other symptoms, consider seeking help from a professional.

"Individuals with bipolar disease often exhibit abnormally elevated, irritable, and labile mood. This mood can change at any time without stimulus and can be accompanied by disinhibition," advises Dr. Lisa Ashe of BeWell Medicine over email with Bustle. "This leads to disregard for social boundaries and a relentless pursuit of stimulation and abnormal social activities. This many include renewing old friendships, lengthy telephone calls with strangers, and being inappropriately flirtatious," says Ashe. Changes in mood can be due to other lifestyle factors unrelated to bipolar disorder, so be careful when receiving a diagnosis, unless you're witnessing other symptoms.

Unfortunately, people who suffer from bipolar disorder might be less sensitive to the feelings of others and more consumed with their own personal matters, advises Ashe. "Insensitivity to the needs of others," says Ashe, can lead to "poor judgment" and less opportune circumstances that can influence relationships and wellbeing. Insensitivity can result from other personality disorders, mental illnesses, and simple life predicaments that are stressing you out and encompassing your mind. If you notice other bipolar factors, then it might be a valid sign.

If you notice any of these symptoms, it could signify bipolar disorder. A diagnosis could provide guidance on how to manage the illness and lead a more balanced lifestyle, regarding mood and behavior patterns. Also, seeking support from an encouraging network will make the transition easier.