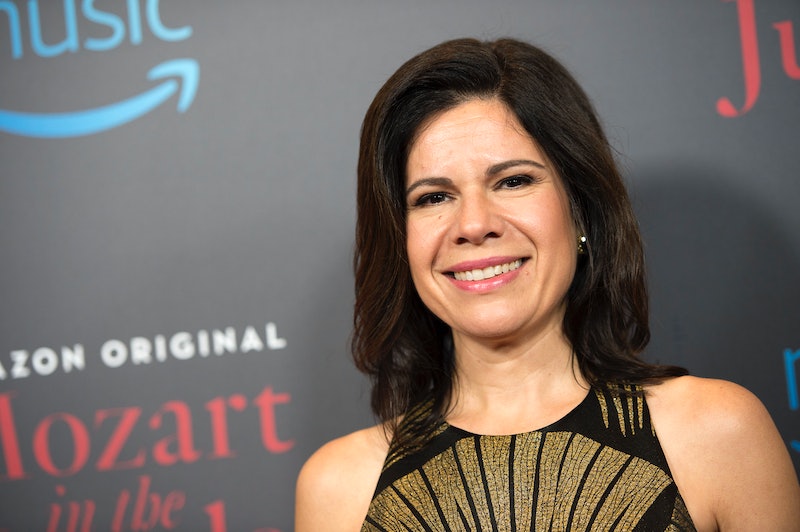 The third season of Mozart in the Jungle introduced Alessandra, the reclusive, secretive Italian opera singer sought after by Rodrigo, who hatches a plan to use her as a way to end the strike and save the orchestra. And while Monica Bellucci plays Alessandra perfectly on the Amazon series, she isn't a professional singer. So whenever Alessandra sings on Mozart in the Jungle, Ana María Martínez is the person you're really hearing, according to the New York Times, and she has a fascinating career of her own.

Along with Bellucci, Martínez added quite a lot to Mozart in the Jungle Season 3, and made Alessandra one of the highlights of the season. Just like Rodrigo, the audience just knew after hearing La Fiamma's voice that she'd be able to mount an amazing comeback. But if you're interested in learning any more about the woman behind that voice, I encourage you to seek out some of Martinez's other performances (some of which you can see below). Already, she has had a wildly successful career, but given that her voice is so beautiful and her talent so considerable, it's worth getting to know this still rising opera star.

As you can read on her website, Martínez has a Latin Grammy Award for her vocals on 2001 best Classical Album winner, Isaac Albéniz's Merlin.

She's A Star In San Francisco

Martínez performs all over the world (which you can see in her schedule of upcoming roles), but she's a huge part of the San Francisco Opera, playing at least a few key roles per season. She's been performing periodically at the theater since 2003.

If you're not that familiar with opera (I don't blame you), allow Opera News to explain why Martínez's performance as Carmen, a role even famous to non-opera fans, is so fantastic: "Ana María Martínez’s amazing performance as Carmen established a benchmark for the role in the Houston Grand Opera performance of Bizet’s opera," the magazine wrote, as quoted on her website. "Beyond her singing, alone worth the price of admission, Martínez reveled in Carmen’s flamboyance and seductive charisma, so that her every gesture radiated the persona of this dangerous but irresistible gypsy."

She Has A Serious Background

Martínez is from San Juan, and studied at Juilliard, according to her bio from the SFOpera. She got an early start on her career, as a finalist in the 1993 Metropolitan Opera National Council Awards when she was only 22 years old. And as you can see in the above video, she's thought a lot about getting that specialized degree right away, and advises other prospective opera singers to branch out and be exposed to other points of view while they're young.

She Had Another Big Performance In 2016

In addition to making her Amazon debut this year, Martínez performed at the funeral for former First Lady Nancy Reagan. According to Yahoo, Reagan chose everything, including the music, for the service, and her performance of "Ave Maria" was both somber and beautiful.

She's Poised To Be A Successful Crossover

It takes a lot to be an opera star who crosses over into the mainstream. Most people can only name one or two opera singers, if that, and the art form can be perceived as inaccessible or outdated. But every so often, a Maria Callas or Andrea Bocelli manages to become something of a crossover hit. And with a place in Mozart in the Jungle, I think Martínez could join that group.