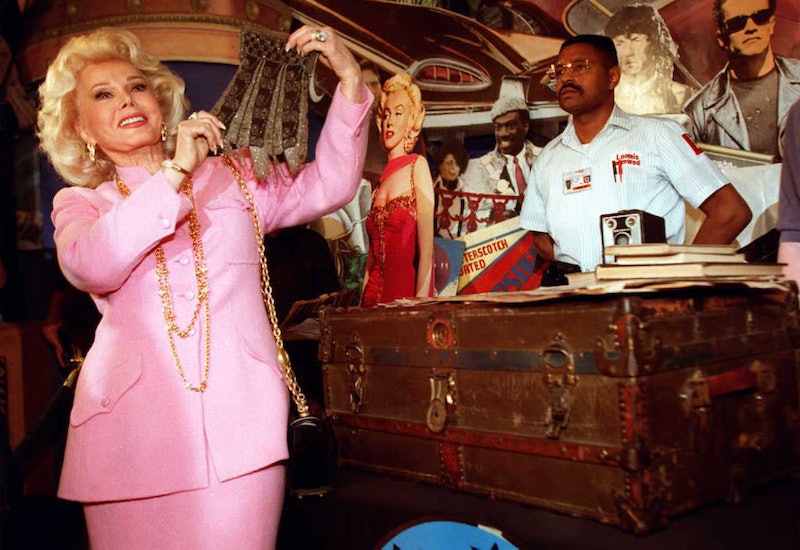 A Hollywood legend has passed away. On Sunday, it was announced by Variety that according to the star's rep, Zsa Zsa Gabor had died at the age of 99. Gabor, an actor and personality, had reportedly been on life support for several years before passing away of a heart attack. The star will be greatly missed by many, as her influence within Hollywood and outside of it was huge; not only was she an actor who shared screentime with many well-known stars, but she was also glamorous celebrity who had a large impact on our current celeb-idolizing culture. As such, many celebs are paying tribute to Gabor, showing how much they'll miss her.

Throughout the course of her career, Gabor influenced the actions of countless people, both celebrities and fans, and played a huge role in shaping our current media landscape. So it's no surprise to see that in the wake of her death, plenty of stars are already celebrating her long life and honoring her role in Hollywood. From Larry King to Andy Cohen, here are some of the many celeb tributes pouring in to pay tribute to Gabor and celebrate the icon's massive influence on the entertainment industry.