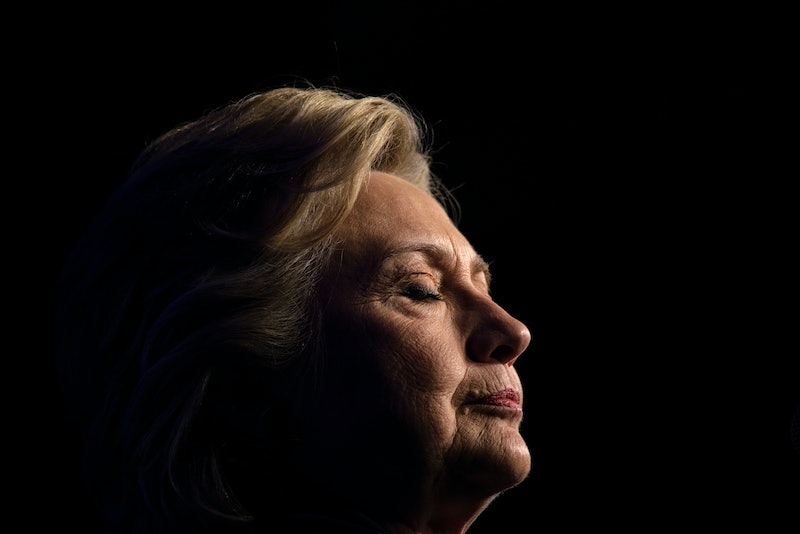 All eyes are on the Electoral College, which meets Monday to formally decide who will become America's 45th president. Barring any seismic developments, that person will be Donald Trump, who won 306 electors to Clinton's 232, despite receiving at least 2.8 million fewer popular votes than Clinton. Normally, electors vote for the candidate their state voted for in November, but at least one GOP elector this year has announced his intent to do otherwise, and become a "faithless elector." This begs the question: Who can faithless electors vote for?

The answer is, simply enough, anybody. It's important to understand that "faithless elector" isn't a formal or official title of any sort, but rather a colloquial term. Although some states have laws that penalize electors for choosing to be faithless, there aren't any rules that govern how an elector is and isn't allowed to go about being faithless.

And this has happened in the past: In 1956, a Democratic elector from Alabama voted not for Adlai Stevenson, the party's presidential nominee, but for Walter Burgwyn Jones. Who is Walter Burgwyn Jones, you ask? You're forgiven for not knowing the name: Jones was a former circuit judge from the same hometown as the elector who voted for him. This was an obvious protest vote that had no chance of actually installing Jones in the White House, but it illustrates the fact that faithless electors can vote for anyone they want, even non-candidates.

Despite all the attention faithless electors are getting this year, it's very unlikely that they'll change the outcome of the election. Trump won 306 electoral votes in November, which is 36 more than he needed. This means that 37 Republican electors would have to change their votes in order for Trump to be denied the White House. What's more, they'd have actually switch their votes to Clinton; otherwise, no candidate would have a majority of electoral votes, thus throwing the question to the GOP-controlled House of Representatives, which would almost certainly choose to put Trump in the White House.

There are no signs that 37 Republican electors are preparing to pull the lever for Clinton. So far, only one Republican elector has publicly said that he'll vote for someone other than Trump — and he isn't going to vote for Clinton. This means that, unless three dozen GOP electors are planning to go rogue but keeping quiet about it, the effort to dump Trump at the Electoral College will fail, and he'll be the next president.