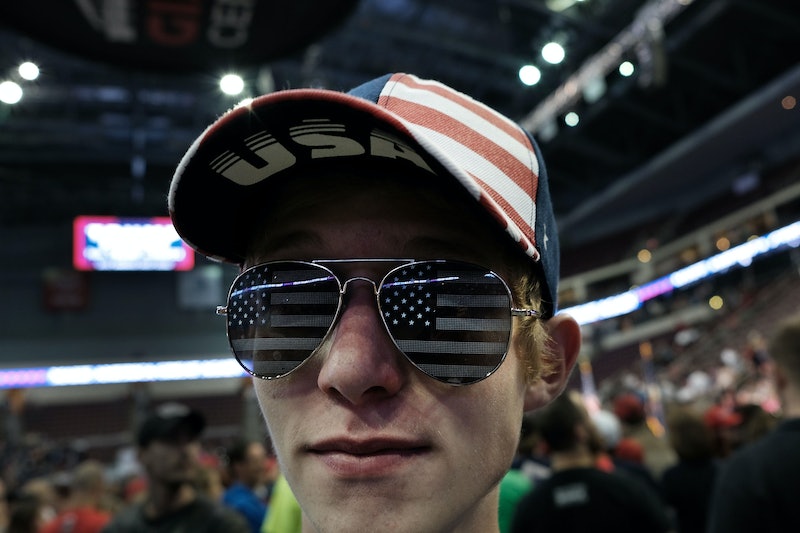 A new poll suggests a significant portion of Americans voters want to delay the Electoral College vote, planned for Dec. 19, until electors are briefed on allegations that Russia interfered with the November popular vote. Russian President Vladimir Putin has denied the allegations, and the Kremlin has denounced them as "indecent." Although the poll suggests a majority of Americans want the Electoral College to receive a briefing, NPR reported on Friday that electors aren't going to receive any. And that perfectly mirrors the results of the election itself: More Americans voted for Hillary Clinton than Donald Trump, yet it's Trump who will become president.

The chiefs of both the FBI and the CIA — two agencies that have butted heads in the past — believe that the Russian government allegedly intervened in the U.S. election with the goal of getting Trump elected. Whether or not this supposed interference actually made a difference in the election outcome is another question entirely, as is the precise nature of the alleged Russian meddling. Given all of these unanswered questions, over 50 electors have demanded that they receive an intelligence briefing on Russia's alleged involvement in the election before casting their presidential votes.

In Sunday's YouGov poll, 52 percent of respondents said that the Electoral College vote should be delayed until "the Electors can be briefed about the allegations of Russian hacking," while 48 percent didn't think a delay was necessary. Though they don't make up a majority of the 1,000 polling samples, that 48 percent is going to get their wish: U.S. law mandates that the electors vote on the first Monday after the second Wednesday in December to cast their votes, so a delay would require an act of Congress. There is zero indication that the GOP-controlled Congress will take such action.

This general dynamic — the desires of the majority being ignored in favor of the minority — reflects the presidential race itself.

If anything, this election has illustrated beyond doubt that, insofar as choosing presidents goes, America is not a perfect democracy. Clinton received 2.8 million more votes than Trump, many more votes than any other candidate, in November. But thanks to the Electoral College, which gives disproportionate voting power to a handful of swing states, Trump was able to edge out Clinton by winning a few swing states by small margins.

One could argue, of course, that democracy isn't a desirable system of government to begin with, and from that perspective, there's no problem here. But democracy is deeply enmeshed in America's self-perception. The concept of majority rule is central to the American myth, and always has been — the phrase "consent of the governed" appears in the Declaration of Independence itself. Perhaps it's okay that America is not a perfect democracy. But at the very least, the country and its leaders, including Trump, should be honest about this fact.