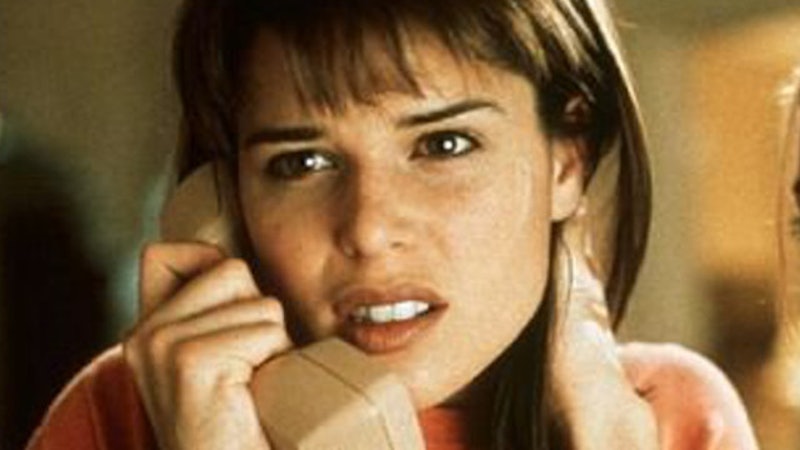 Twenty years ago, director Wes Craven made Scream and changed horror movies forever. As any film nerd will tell you, Craven did this with a clever opening scene that proved that no one was safe from the killer — not even the film’s top billed star. Something that hadn’t been done since Alfred Hitchcock’s Psycho. Drew Barrymore’s unexpected demise would revamp a genre that was aching for a creative jolt in the ’90s when it was relying on sequels from Freddy Krueger, Jason Voorhees and Michael Myers. But it’s Neve Campbell as Sidney Prescott that would leave a lasting effect on slasher films and how female characters are portrayed in horror movies.

Sidney was not your average scream queen, but a response to the tropes that had filled the genre for decades. As Randy (Jamie Kennedy) tells us with a wink and a nod throughout the film, the women in horror films are forced to follow certain rules if they want to make it to end. This includes not drinking or doing drugs and definitely not having sex. If there’s one thing these “rules” make clear it’s that purity is important to the final girl’s survival. In fact, horror films tend to punish those women who are rebellious or powerful by taking their life and making an example of them.

Even the strongest female characters in horror films are forced to adhere to these rules. Halloween’s Laurie Strode (Jamie Lee Curtis) fights her way to survival, but she spends most of her time screaming, crying and running away from Michael Myers. The virginal Laurie does break one of the conventional rules when she smokes pot — for the first time though, meaning she’s still a nice girl. Laurie is the ultimate scream queen because she’s also a damsel in distress who needs to be saved by a man, She’s victorious, but not in-charge of her own narrative.

Scream makes it clear that it’s about time these ridiculous rules were broken and final girls finally get a chance to save themselves. Boy, was it about time. Even Sidney tells the killer early in the film, she doesn’t “they're all the same. Some stupid killer stalking some big-breasted girl who can't act who is always running up the stairs when she should be running out the front door,” she tells him over the phone. “It's insulting.”

Scream knows that, which is why it enjoys having a laugh at the genre’s expense. But, it does this by deconstructing the classic horror formula, specifically challenging the final girl myth by proving it wrong. While losing one’s virginity is the ultimate no-no, Sidney lives to tell her story after having sex with her boyfriend Billy and right before discovering he is, in fact, the murderer. Her hymen would have never saved her, but her brain certainly did.

Throughout the movie, Sidney takes charge, even calling this mysterious masked man’s bluff. She trades blows with him any time they meet, protecting herself better than the police ever could. But Sidney isn’t super-human, which is what makes her such a great heroine. She is scared of this man who claims he knows what happened to her late mother, who was murdered just a year before. She’s also angry that this is happening again, hitting reporter Gale Weathers with a right hook that proves she isn’t looking forward to her book. Sidney is unwilling to give up, which is why she’s able to survive for three more sequels in which Billy Loomis’ mom, a director of a Scream-like horror flick and even her cousin tries to kill her.

Unlike Laurie in Halloween, Sidney gets to be the hero. Gale may save her from being killed, but she gets to take down both her assailants, who also happen to be her mother’s killers with one final shot. After Randy reminds Sidney that the killer often comes back to life for one last unexpected scare, she even gets to deliver the very Clint Eastwood line of “Not in my movie,” as she puts Billy down for good.

Since 1996, horror has actually become a feminist-friendly genre. This doesn’t mean every scary movie has become enlightened, but more than ever, horror has become an area in film where complex female characters can be heroes. Naomie Harris’ Selena in the 2002 film 28 Days Later takes out zombies and creepy men with a machete in a closing scene that will make you feel empowered. In 2005’s all-female The Descent, the sole survivor of a spelunking trip gone terribly wrong ends up grabbing a pick axe to kill off the cannibalistic creatures that murdered her friends.

The heroine of the 2011 slasher You’re Next grew up on a survivalist compound making her the wrong person to ambush. In 2015, It Follows focuses on an "it" that is passed through sex, but the girls who are infected aren't judged for their actions, but instead place the blame on the male gaze. Even in Rob Zombie's Halloween remake in 2007 allowed Laurie Strode the change to get revenge on Michael Myers without the help of any man.

What is clear that in the 20 years since Sidney Prescott hit the big screen, there have been more female characters created in her likeness. Women who are ready to take charge and fight for their lives. Women who should not be underestimated. Women who don't adhere to any kind of rules, unless they are their own. Sidney wasn’t just the final girl in Scream, she’s become the inspiration for any woman after her who has managed to make it out of a horror movie alive in on her own terms.

More like this
Claire Foy & Rooney Mara Revisit A Devastating Tale In 'Women Talking'
By Bustle UK
Here’s Everything Coming To & Leaving Netflix In December
By Jake Viswanath
Amanda Gorman Shared A Powerful Message On Meghan Markle’s Penultimate Podcast
By Darshita Goyal
The 'Love, Lizzo' Harry Styles Scene Is Just 1 Moment That Made Fans Feel Seen
By Brad Witter
Get Even More From Bustle — Sign Up For The Newsletter