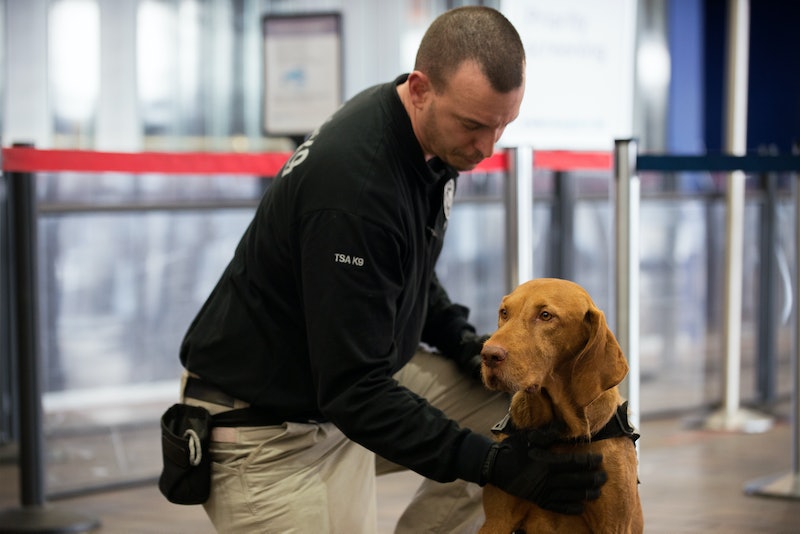 The Transportation Security Administration (TSA) rigorously trains hundreds of dogs to detect explosives every year, but what about dogs that can’t make the cut? They could be your new companions! The TSA dog adoption program is looking for people to adopt dogs who didn’t pass TSA training, as well as dogs retiring from service. A dog doesn’t have to be able to detect explosives or work in an airport to make a great pet, so if you’re looking for a high-energy pooch and you can get yourself to Texas, a former-TSA trainee might be just the pup for you.

Detecting explosives at airports and other venues is an intense job, working in potentially chaotic environments, so there are a number of reasons that perfectly good dogs might not make it all the way through the training — and these pups need good homes. Furthermore, some of the dogs up for adoption have already served their time detecting explosives, and are ready for happy, cushy retirements.

These former and wannabe-TSA dogs have the potential to be wonderful companions, but they won’t be suited to everyone. In a press release, the TSA said that most of the dogs available for adoption are German Short-Haired Pointers, Labrador Retrievers, German Shepherds, and Belgian Malinois — all energetic, intelligent working dogs. These dogs would be great pets for active owners, but less so for people looking for lap dogs. Aged between 2 and 10 years, most of these dogs have received some training in explosive detection, but some are better trained than others. The TSA also notes that the majority of TSA dogs live in kennels, not homes, so bringing one into a typical home environment might take some adjustment. (The TSA’s original call for people to adopt dogs went out last year, but a TSA rep confirmed to Country Living that the TSA still has dogs in need of new homes.)