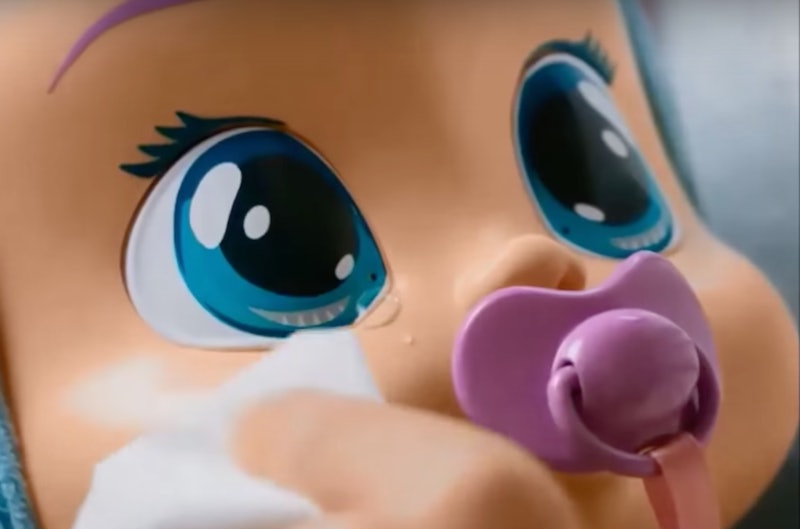 Turley, 33, told Wales Online that she bought the “Lea” doll from Baby Wow’s Cry Babies line of dolls for her 2-year-old daughter, Kayla, after Kayla saw the doll on TV and started asking for one. A commercial for the dolls shows that Cry Babies are able to “cry” aloud and shed “real” tears. “I put it on my shelf ready to wrap but I thought I’d give it a try to see if it needed batteries,” she said. “I was shocked! I thought ‘Oh my God, I can’t give this to Kayla now’.” The shocking part? The doll’s crying sounded, as Turley put it, “erotic.”

You can listen to Turley's recording of the doll below. What do you think? Are these sounds pornographic?

Wales Online has a poll up to see whether people interpret the doll's crying as "sexual," and right now 61 percent of respondents are saying, "No." But whether you think the doll’s crying sounds inappropriate or not, I think most would agree that it doesn’t really sound like a baby crying, which seems like a strange branding decision. (How hard is it to record an actual baby crying?) When I asked a friend to listen to the sound and tell me what he thought it was, his response was that the crying didn't sound like sex noises, but that it did sound like a horror movie. So, you know, still probably not great for kids.