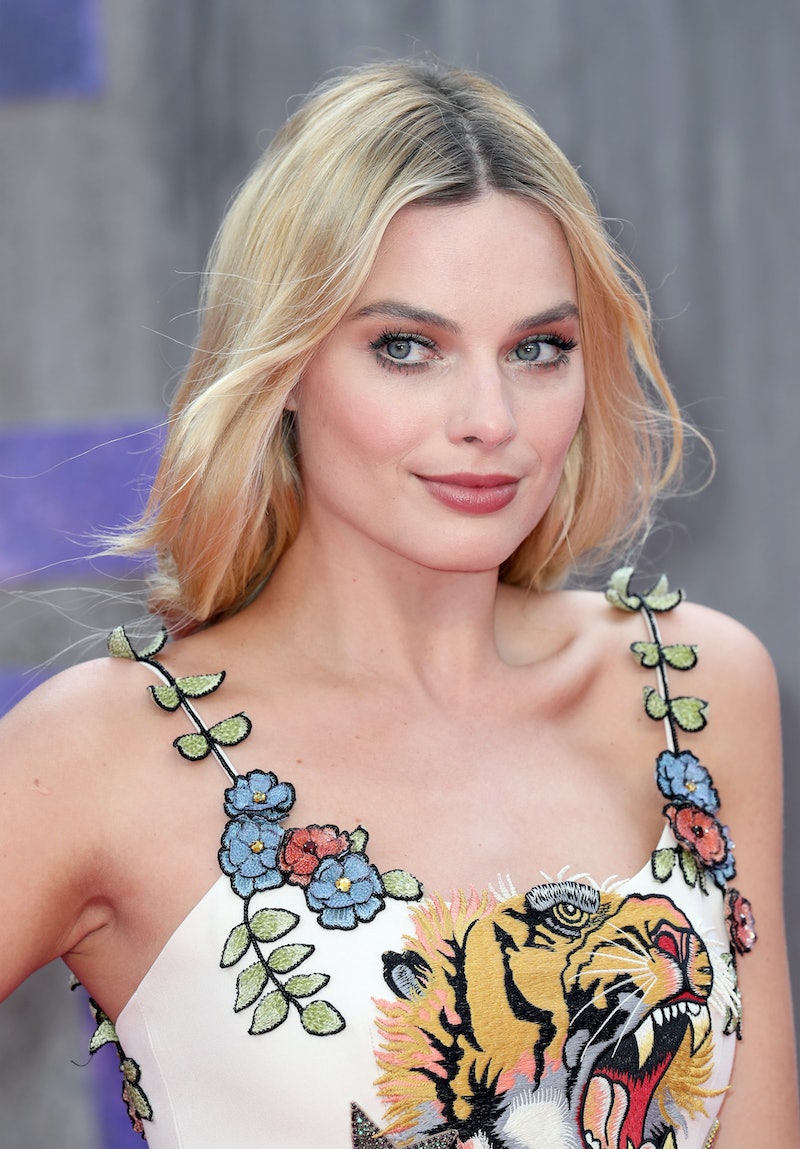 Well, this is a surprise. According to Australian publication The Daily Telegraph, Margot Robbie and Tom Ackerley have gotten married. Bustle has reached out to Robbie's rep, but did not receive a response at the time of publication. The Daily Telegraph reports that the couple wed on Sunday night in Byron Bay. While Robbie and Ackerley have reportedly been together for three years, the news is surprising considering no one (or, no one in the general public) knew for certain if they were engaged.

There had been rumors in the past both that the couple was planning to marry and that they were already married. In July 2015, both Ackerley and Robbie were seen wearing rings that looked like wedding bands and everyone was all, "Engaged?! Married?! Similar style when it comes to accessorizing?!" But now it sounds like they weren't actually married then. That, or they were secretly married and just decided to wait a year and a half to have a ceremony. We may never know.

The Sun reports that Robbie is thought to "have been given away by her mother Sarie along with her brothers Lachlan and Cameron." Her sister, Anya, was reportedly he maid of honor.

While The Daily Telegraph reports that paparazzi did arrive in Australia after finding out Robbie was there, there are not yet any photographs of the alleged wedding available yet. Supposedly, paparazzi were thrown off the trail after thinking, first, that Robbie was just in her home country for the holidays, and then thinking that the wedding was in a different location. Sneaky!

Additionally, People reports that last week Robbie was seen arriving in an Australian airport wearing a shirt that said "Say ‘I Do’ Down Under," which would definitely be a giveaway unless, you know, Robbie was simply participating in someone else's wedding.

Fan will have to wait and see if the Wolf of Wall Street star ever confirms she's married or shares pics, but regardless, it was clear she and Ackerley were very happy together, so either way, congrats on love!