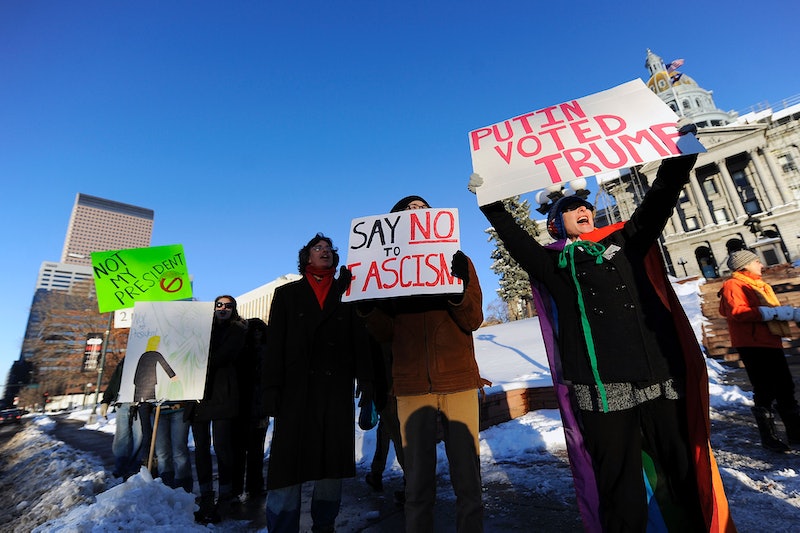 The 538 members of the Electoral College are, or will soon be, voting in their various states to actually choose the president. (That silly thing we went about doing on Nov. 8? That was just choosing these guys.) Since it has become clear that Donald Trump provisionally won the Electoral College while losing the national popular vote by some 2.8 million votes, there have been renewed cries (largely from the left) to scuttle the antiquated Electoral College. But the question then becomes: What do we replace the Electoral College with? And before you say “direct democracy,” you should probably know the answer is a bit more complicated than that.

The first complication is that the Constitution is not direct-democracy-friendly. Sure, the framers talked a big talk about “We the People” and all that, but in reality, the only office they created that was intended to be chosen by direct election were members of the House of Representatives. All other offices were mediated. The president was chosen through electors, Senators were originally chosen by their state’s legislatures, and the judiciary branch is populated with appointments by the president. And of course, I feel it’s never bad to point out that their idea of “citizens” early on was landowning white men.

Now, of course, any U.S. citizen age 18 or over can vote (with various caveats that change by state, especially for felons, not to mention the disenfranchisement of people living in U.S. territories). But it’s important to remember that each time the franchise was extended to a larger group of people, the Constitution had to be amended, which is a long and difficult process. (It’s also probably worth pointing out that the ratification of the 15th Amendment, which ensured suffrage for African Americans, was done in the wake of the Civil War. Most Southern legislatures that ratified the Amendment were either still under the control of Reconstruction governments or ratified the Amendment in order to gain their federal representation back.)

The second complication is that the bias of the Electoral College (not to mention the House of Representatives) has become partisan, thus making the challenge of reform of the institution political and not philosophical. Many have pointed out that one common refrain for defenders of the Electoral College is that it forces candidates to visit rural America — but this appears to be pretty obviously untrue. As Robert Speel, a professor at Pennsylvania State University, rightly noted at Time, what happens instead is that "the Electoral College causes candidates to spend all their campaign time in cities in 10 or 12 states rather than in 30, 40 or 50 states. Presidential candidates don’t campaign in rural areas no matter what system is used, simply because there are not a lot of votes to be gained in those areas."

But assuming we got past the bureaucratic challenges and partisan bickering and could pass substantial election reform, what would we replace it with? The popular choice is direct election of the president. Plenty of people have talked about the benefits and drawbacks — the nightmare scenario for detractors are elections wherein candidates only hang out in major cities and give the rest of America the finger. This seems a backwards way to decide on an electoral process, however. The framers of the Constitution designed the Electoral College to temper the passions of the masses (especially since it seemed like the masses might have chucked slavery), but we (supposedly) don’t think this way anymore.

We should be deriving our electoral method from our core beliefs. I think back to those civic ideals I learned about in elementary school — one person, one vote, the rights to freedom of religion and expression, We the People. And if those beliefs are actually at the core of our nation, then a national popular vote for president is the only honest method. I believe anything else is hypocritical sacrilege.