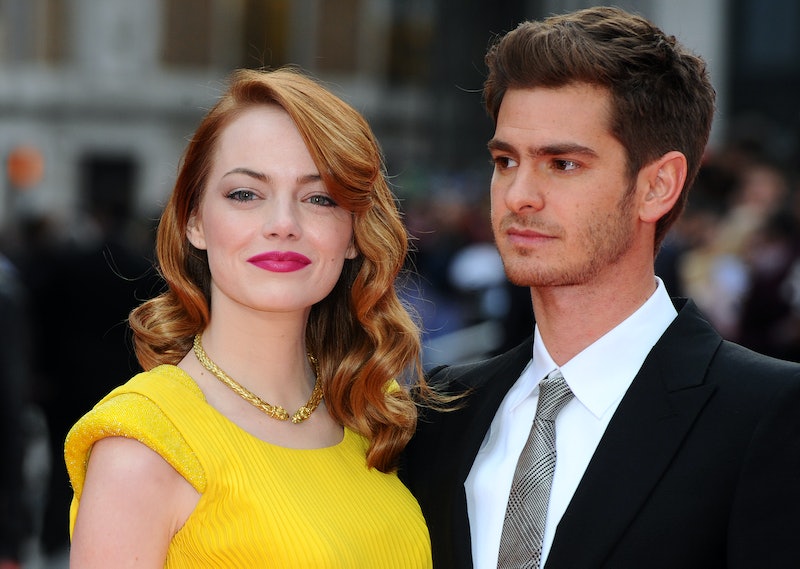 "Sometimes [due to budget], do any of the co-stars have to share a hotel room or anything like that?" DeGeneres asked with backup from co-conspirator Jamie Foxx, who joked that he had been wanting to know what Stone and Garfield did to handle that issue.

Foxx later sprinkled water on himself to "cool himself off" when DeGeneres brought up Stone and Garfield's famous on- and off-screen chemistry with the question: "Before you kiss, do you kiss to make sure you're going to kiss okay?"

Both times, Stone and Garfield diverted attention with a joke or an antic that politely made it clear that they weren't going to get into it and not even Ellen DeGeneres was able to trick them into admitting anything. Their relationship is like the Fort Knox of celebrity secrets, which is probably why they attract so much paparazzi attention to begin with. The Amazing Spider-Man franchise launched them both to a different level of stardom than either of them were used to and they're handling it pretty well for two people so dedicated to privacy. They've been together for 3 years and mostly either ignore the attention or use it to give awareness to more deserving causes.

The only time they opened up about anything other than the movie was during a game of Never Have I Ever, during which Foxx and Garfield were revealed to have had a one-night stand (presumably not with each other) and to have visited a nude beach before (same). All three co-stars have sexted in the past, but being unable to admit to doing either of the former two things made Stone wonder, "Am I a prude?"

Watch all three moments below.