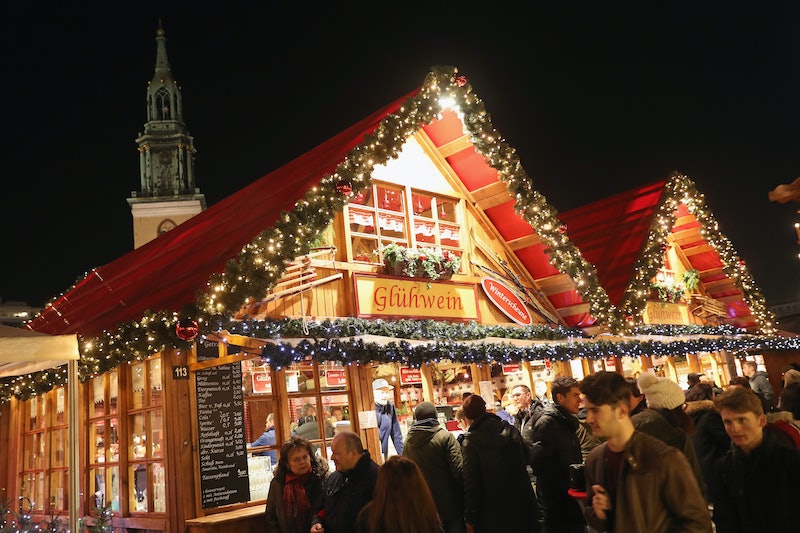 Fears of terrorist intent appeared almost immediately surrounding reports that a truck plowed into a crowded Christmas market in Berlin late Monday. News on what happened is only beginning to come in, but police in the German city have already stated that they suspect the attack was deliberate. According to the Berlin Police Twitter account, at least nine people have been killed, with many more injured.

The attack occurred at Breitscheidplatz, a public square in western Berlin and the site of an annual Christmas market, near the Kaiser Wilhelm Memorial Church. And even with few details available, the reports are already reminiscent of the horrific terrorist attack that occurred in Nice, France in July of this year, when a French resident drove a truck into Bastille Day crowds, killing 86 and injuring 434.

Continued fears of terrorist attacks only heightened as the holiday season approached. In late November, the U.S. State Department issued a travel advisory for Europe, warning U.S. citizens to "exercise caution at holiday festivals, events, and outdoor markets." In the wake of today's events in Berlin, the agency is now advising travelers to monitor local media for updates.

The identity of the driver of the truck involved in today's attack in Berlin has not yet been released, but according to Reuters, he has been arrested by Berlin police. BBC is reporting that the passenger in the truck was killed during the incident. Photos from eyewitnesses to the scene show a large semi-trailer truck with its cab and windshield smashed.

The tragedy in Berlin was not the only news to shake the world today. Russian ambassador to Turkey Andrey G. Karlov was assassinated by a lone gunman at an art show in Ankara earlier in the day, and at least three people were hurt in a shooting outside of an Islamic center in Zurich. No news yet on if the events are related.

What happened at Breitscheidplatz today is tragic, and will surely become even moreso as the world learns more about the intent behind it and the identities of the victims. No doubt, even after all of the facts are known, questions will still remain as to how this attack could have been prevented or could be prevented in the future. It remains to be seen just how this attack will affect the city and what types of support victims and survivors will need, but recovery support efforts are sure to begin soon.