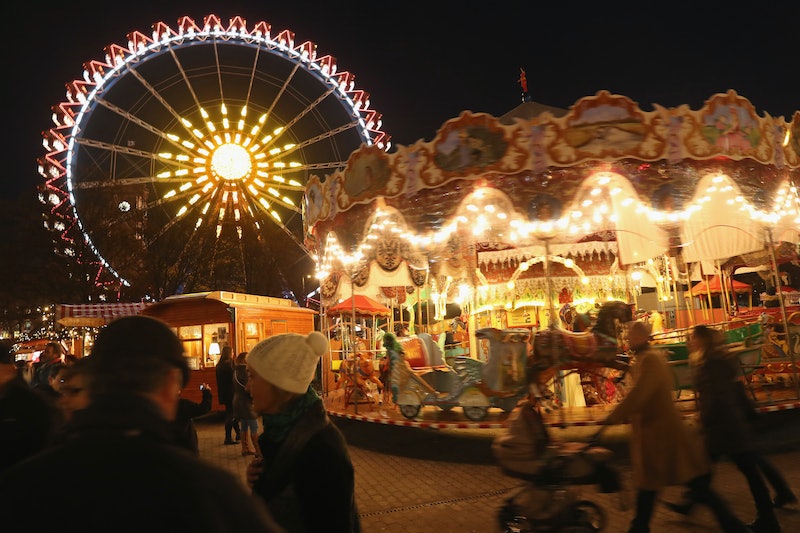 Christmas is nearing, and the joyous holiday season is generally thought of as a time to relax and be with family. Unfortunately, in places where large groups of people are gathered, there is the chance of some danger. In a scary event Monday, a truck crashed into a crowded Berlin Christmas market.

The truck driver has been arrested by German police, according to Reuters. The Associated Press is reporting that at least nine people have died and many have been injured, according to German police. According to Time, information coming from the German newspapers Berliner Zeitung and Berliner Morgenpost indicate that the truck drove into the market outside the Kaiser Wilhelm Memorial Church.

Back in November, the U.S. Department of State released a travel alert for Europe to warn citizens of the possible risk of overseas travel during a busy time of year where many events are held. The release read:

We don't yet know the motives behind the crash — it could have been an accident, but it's definitely important to take the State Department's warnings seriously, especially after various terror attacks have been committed so recently across the world. The State Department's encouragement for citizens to be on alert to possible attacks is something to remember regardless.

But that doesn't mean everyone should stop enjoying the holiday season or alter their lives in extreme ways just because of a possibility that something might happen. At the end of the day, it's everyone's individual choice how they are going to live their lives and what they should and shouldn't do. Yes, a warning from the State Department is something to be aware of, certainly. But it's up to you on where you go and what you do each day. Being conscious that something could happen is a part of life, and you need to decide how much caution you want to take when presented with that kind of information.

Tragic events like this are certainly sobering for many, and horrible for those directly affected. It's important to enjoy this time of year, but it's also important to be safe and aware of your surroundings in a given location.

More like this
25 Quotes About Love To Share During Pride Month 2022
By Madeleine Aggeler and Emma Garza
Taylor Swift, Kerry Washington & More Speak Out On Uvalde Mass Shooting
By Jake Viswanath
Photos Of Boris Johnson Drinking At A Downing Street Lockdown Party Have Surfaced
By Bustle UK
How To Support Gun Control Reform Right Now
By Morgan Brinlee and Carolyn Steber
Get Even More From Bustle — Sign Up For The Newsletter