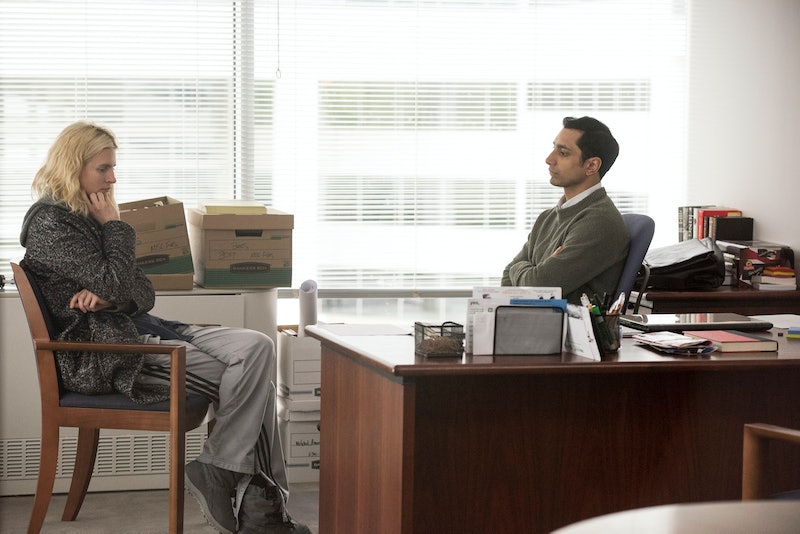 When viewers reach the end of The OA on Netflix, the revelation that Prairie's story may not be true is shocking, but also a little bit convenient. In a world set up as fantastical, I didn't realize that doubting her was even an option, until French discovered her alleged and convenient Amazon order. Could FBI Agent Elias Rahim have planted the books on The OA ? The therapist, played by Riz Ahmed, could have ulterior motives, and this fan theory posited by whatsthisforanyways on reddit could be on to something.

It is weird that he showed up at Prairie's house at the same time as French. He had no reason to be at their house at night. If Prairie was making this all up and needed books to help fabricate her fiction, wouldn't The Odyssey, a tale about trying to get back home and reunite with family, be a better Homer pick than The Iliad? Or, at the very least, a collection of fairy tales. As Lauren Sarner points out for Inverse, Prairie might not be able to read English, having lost her vision before moving to America, and "Rachel" is written on Rahim's office wall in Braille — the fifth captive who never received a movement. Suspicious!

The biggest flaw in this theory is that, as far as we know, Prairie didn't tell Rahim about angels, Homer, growing up in Russia, or the movements that lead to other dimensions. She only discussed being held captive, and her prophetic dreams. He can't discredit what he does not know, and didn't press her for details about her captivity. To allege that Rahim planted the books points to a much larger conspiracy.

On the other hand, we learned in Episode 6 that Hap is not alone in his research. He has at least one other colleague named Leo, who kills off his subjects in his prison bunker inside a hospital wing to avoid getting attached. That's brutal. What this means is that Hap is a part of something bigger — something that could have operatives hidden in the FBI, well placed to discredit victims and witnesses. Maybe Rachel is a spy as well.

If this means more Rahim in a potential Season 2 of The OA, I'm all for it. While I would be disappointed that Prairie's patient and lovely counselor was actively working against her, at least we'd get to see the character again.