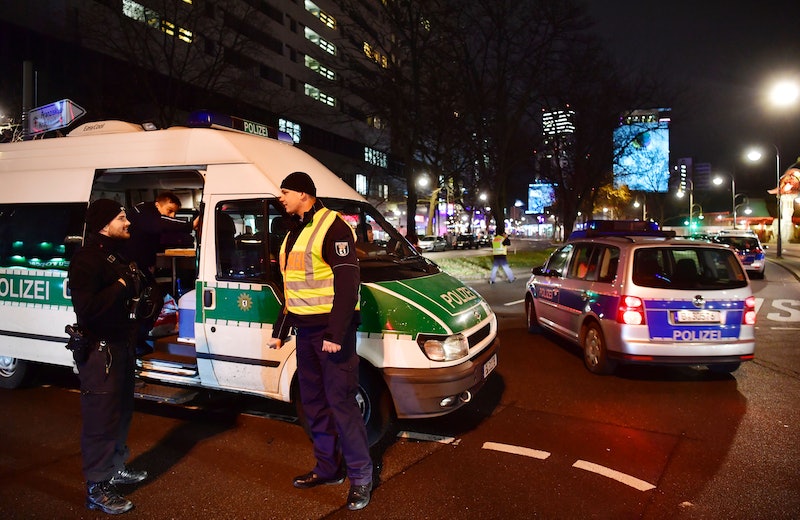 On Monday afternoon in Breitscheidplatz, in western Berlin, a truck slammed into a Christmas market, injuring dozens of people and killing approximately nine. Police in Berlin believe it to be an intentional act, and the driver of the truck fled the scene. Horrified by the day's events, some people on Twitter are examining the Berlin truck's license plate.

Update: The truck driver has been arrested, Al Jazeera reports.

Back in November, the State Department issued a warning about the raised terror threat at Christmas markets in some areas of Europe:

While extremists have carried out attacks in Belgium, France, Germany, and Turkey in the past year, the Department remains concerned about the potential for attacks throughout Europe. If you are traveling between countries in Europe, please check the website of the U.S. Embassy or consulate in your destination city for any recent security messages.

Little is known about the incident, which has not been classified as an act of terrorism.

The driver of the truck remains on the run as the death toll from the incident climbs.

More like this
25 Quotes About Love To Share During Pride Month 2022
By Madeleine Aggeler and Emma Garza
Taylor Swift, Kerry Washington & More Speak Out On Uvalde Mass Shooting
By Jake Viswanath
Photos Of Boris Johnson Drinking At A Downing Street Lockdown Party Have Surfaced
By Bustle UK
How To Support Gun Control Reform Right Now
By Morgan Brinlee and Carolyn Steber
Get Even More From Bustle — Sign Up For The Newsletter