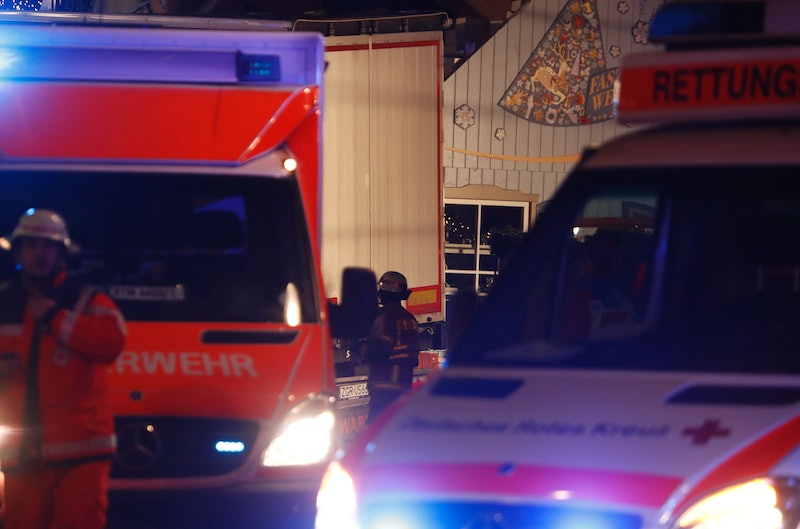 On Monday, a truck crashed through the bustling Berlin Christmas Market in Berlin, Germany, killing 12 and hospitalizing almost 50 people. The attack appears at first glance to be similar to the Bastille Day Attack in Nice, France from earlier this year, in which a driver drove a truck through a crowd in the seaside French city and killed dozens. The identities of most of the victims of the Berlin Christmas Market crash are currently unknown, as is that of the man suspected of driving the truck. He has been arrested and is in the custody of German police.

The identity of one victim of the crash has been confirmed — that of Lukasz Urban, the original driver of the truck that subsequently crashed into the busy Christmas market. His identity was confirmed by his cousin, Ariel Zurawski, who owns the trucking company the truck belonged to. He was reportedly stabbed and shot to death before the assailant stole the truck and headed towards his deadly destination.

Urban was 37, and was from the village of Roznowo, a Polish city near the country's Western border with France. According to his cousin, Urban was clearly "fighting for his life"

Polish Prime Minister Beata Szydlo said Urban was "the first victim of this heinous act of terrorism." He is survived by wife and teenage son.

The driver who stole the truck from Urban's care drove into the busy Breitscheidplatz market and came to a halt outside of the Memorial Church, a popular tourist attraction in western part Berlin. German police are reportedly referring to the crash as "a presumed terrorist attack," and have released their prime suspect as they begin a nationwide manhunt in Germany for the assailant. The market itself has been cleared, and volunteers have set up a booth near the crash site to help people obtain information about missing loved ones.

Despite widespread coverage, details about the crash are still either unknown or unreleased to the public, and tensions in Europe and abroad are understandably high. Speculation about whether Germany should oust Chancellor Angela Merkel, who's drawn harsh criticism for her supposed "open door" policy regarding refugee migration from Syria, has risen following the crash. No matter what political ramifications this has for Germany and the rest of Europe, the fact that Urban and 11 other heretofore-unnamed people are dead, and nearly 50 others are injured, means that this attack will go down as a terrible end to a terrible year.