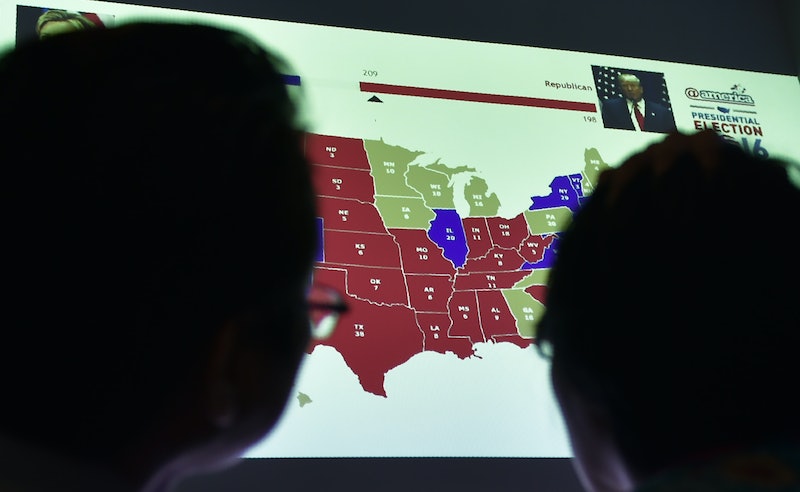 Muhammad Abdurrahman walked into Minnesota's Capitol building on Dec. 19 and voted for Bernie Sanders for president. Of course, the Vermont senator was not on the Minnesota ballot for president on November 8, and Hillary Clinton won the state's 10 electoral votes, with a lead of about 45,000 votes. Muhammad Abdurrahman was a faithless elector — or at least, he tried to be. Once he voted for Sanders, he was quickly replaced in his post by another elector who cast their vote for Clinton, as expected.

Minnesota, like numerous other states, has what the state calls a "Uniform Faithful Presidential Electors Act" in place, which forces its electors to vote for president in the same way that the state had. Abdurrahman seems to have known this going into the Capitol — he told the Minneapolis Star Tribune that he voted to protest the Minnesota law, which he sees as a violation of the Constitution. He was a Sanders delegate at the Democratic National Convention in July, and a supporter of his during the primaries.

Minnesota is one of the 30 states (in addition to Washington, D.C.) which have some sort of law forcing electors to follow the popular will of their voters. These laws haven't fully been tested in court (and some argue they could be overturned). With all the strange things that have happened in 2016, including Clinton's sizable win in the popular vote, the concept of faithless electors was brought up by many who opposed Trump.

In the end, the Electoral College is voting for Trump by close to the margins that should have been expected, though in addition to Abdurrahman, several Clinton electors, whose role is almost purely ceremonial at this point, have defected. The electoral revolt that would have given someone other than Clinton the presidency did not turn up.

But the protest votes of Abdurrahman and others may still have some impact. The 2016 election, with its mismatched results between the Electoral College and the popular vote, has brought the problems with not having a direct democracy to the forefront of American politics. Though polling by Gallup shows that support for the Electoral College system has actually increased in the wake of the election, it also shows that almost all of that comes from Republicans who suddenly decided a system they didn't like a few years ago is now great. And opposition to the system has only increased among Democrats. In a sense, the Electoral College is now a partisan issue — and therefore one that Democrats will likely keep talking about for years after Abdurrahman has been replaced in his role.