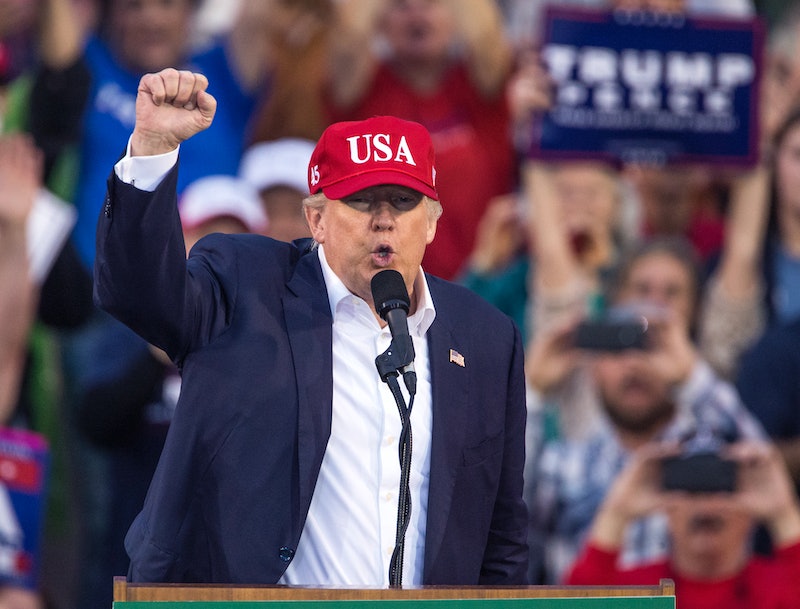 At Electoral College meetings across the country Monday, Donald Trump officially cleared the 270-vote hurdle needed to become president. But how many faithless electors were there? There were seven in total: four Democratic electors in Washington, one Democrat in Hawaii and two Republicans in Texas. The vote will be officially certified by Congress until Jan. 6.

In Washington state, three Democratic electors cast their presidential ballots for Colin Powell, while one voted for Native American activist Faith Spotted Eagle. One Hawaii Democrat voted for Bernie Sanders. In Texas, two Republican electors voted not for Trump, but for John Kasich and Ron Paul, respectively. Both Kasich and Paul are former presidential candidates themselves, while Powell is a former Secretary of State, just like Clinton.

Several electors intended or attempted to become faithless, but were either replaced or ordered to revote due to state laws banning faithless electors. In Maine, an elector voted for Sanders, but after it was ruled improper, he switched his ballot to Clinton instead. In Georgia, an anti-Trump elector was replaced by a Trump loyalist shortly before the vote. A Minnesota elector was replaced after he voted for Sanders.

Prior to the vote, a group of Democratic electors launched a last-ditch effort to deny Trump the presidency by convincing Republican electors to cast their ballots for someone other than Trump. This would have required 37 Republicans to — a tall order that wasn't ultimately fulfilled.

Although faithless electors fell far short of stopping Trump from reaching the White House, this is the first election since 1872 in which there was more than one faithless elector, according to CNN.